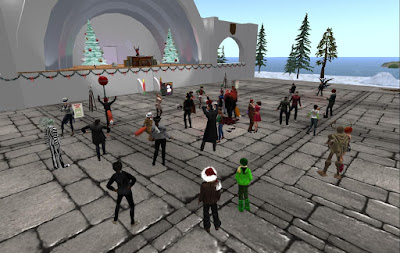 Sunday December 6 was the tree-lighting party at Bay City. The event took place from 1 to about 4 PM SL time in the North Channel sim, the Bay City Fairgrounds. 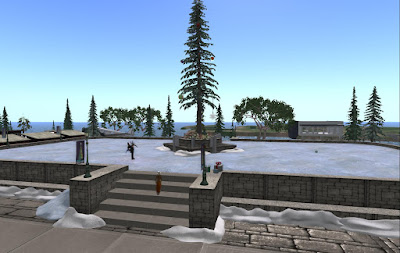 The tree itself was south from most of the action. It was unlit while I was there. The lighting would be late in the event. There were ice skates available for people to take and skate around it. 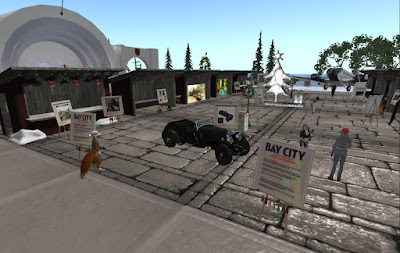 There was a silent auction with a number of items up for bid. This was to support the Child's Play Charity (www.childsplaycharity.org). 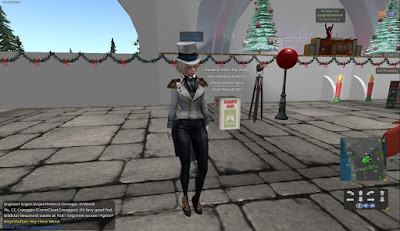 A number of Bay City  regulars were there, including top citizen Marianne McCann. The party had a special guest at one point, Wendi Linden. She dropped by, and joined in the fun.

Three musicians did the music for the event. First was GoSpeed Racer whom DJed via her KONA radio station. Earlier in the day she was at Book Island to talk about her latest novel. After her came two life musicians, Maximillion Kleene and Wolfie Starfire.

It was a fun event with plenty for people to enjoy.