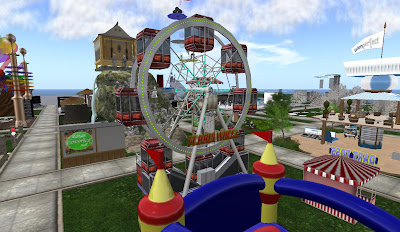 Haven't been able to spend as much time in the SL8B as planned. Thankfully Grey and Gemma have been able to. Among the things I have gotten a look at, this ferris wheel I took a ride in. Unfortunetly, panning out to get a better view, the computer crashed just after I took this shot. 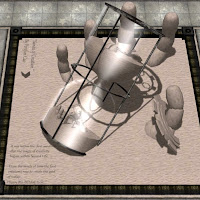 Fortunetly, others took a number of shots. Among them was this "Sands of Creation" by Perefum Cao, taken by IcaruS. You never know what someone's going to make at a sandbox.

For other pictures, check out the SL8B Flickr, with as of this post 630 screenshots from 79 residents.
Posted by Bixyl Shuftan at 6:01 AM