It was this day one year ago in which our newspaper was founded. And today was the second day of our weekend anniversary event. 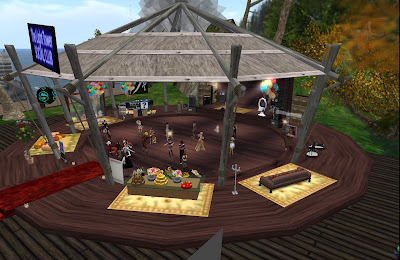 The event was held at The Lighttower, in Alentejo. Where Gemma Cleanslate's partner Quark frequently DJs. Breezes Babi, and her real-life daughter Glitter Xentalt can also be frequently found here, along with other friends. 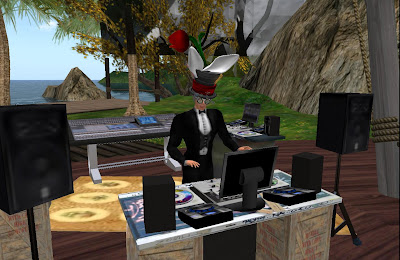 Here's DJ Quark, looking like he was trying to pull a rabbit out of a hat, but it got stuck. 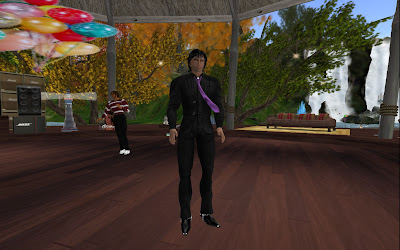 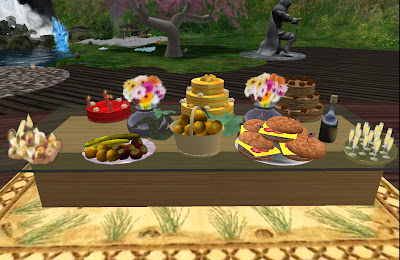 And what's a party without food? And the cake was not a lie. 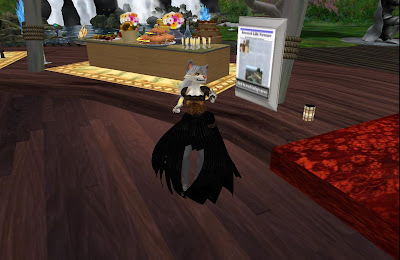 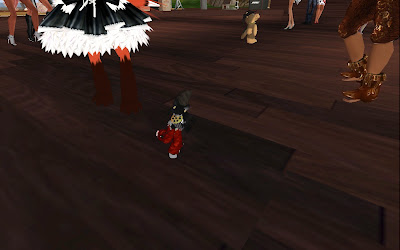 Visitors came in all shapes and sizes, such as this foot-high micro. 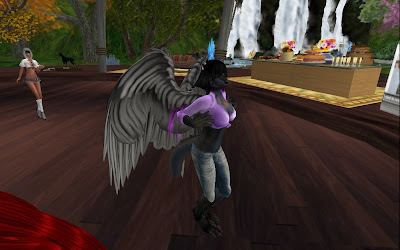 And a winged wolfess. She was someone's angel. 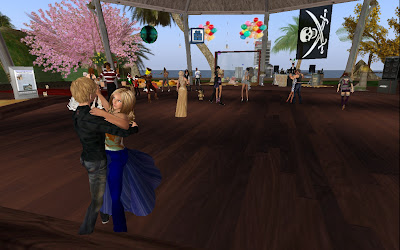 Friends old and new came by, from 10 Gooson of M&M Creations, to Eymerich Lane, to Treminari Huet, to Gentle Heron, and more. 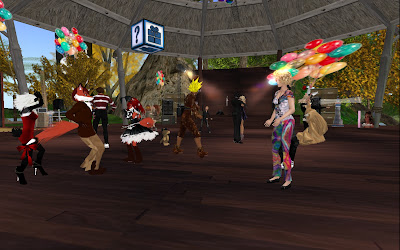 There was an 'Sploder there, which saw some action. A number of prizes were given out, from wizard staffs to cars to avatars. The top prize was a free combat place from JessicaBelle Aeronautic Productions, either the German FW190 or the US Navy Hellcat. Kikas Babenco won the aircraft. 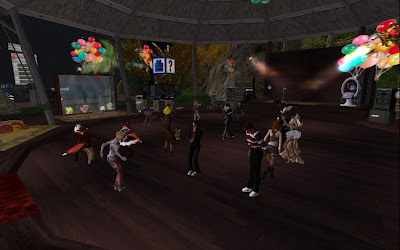 We planned for the party to last for a couple hours. But it went on for a while longer, the sky soon turning dark. Eventually, everyone left. But it was a night to remember.

Thank you all for your continued support and readership.