A Look at Egypt, One Year Later 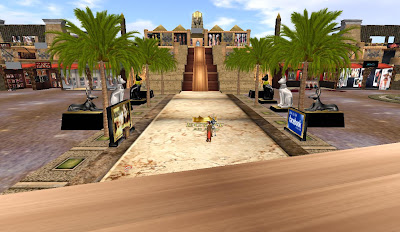 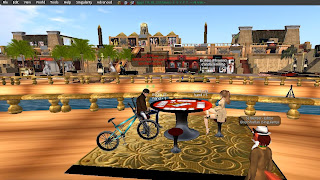 It was one year ago this month that the "Arab Spring" took Egypt by storm, with demonstrations against the Mubarak regime that had ruled for many years. They were reflected in Second Life at the Egypt (All Arab) sim, with people making demonstrations of their own, both Arab and not, calling for democracy. And when they won, there was celebration in the streets of the sim. 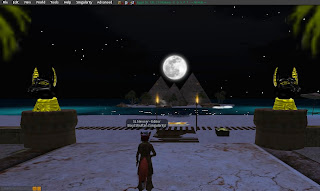 Fast forward a little more than a year later, the layout of the sim has changed a bit, a river dividing the place, but the general theme of a hangout for Egyptains & friends with games and clubs, plus an ancient Egypt theme in places to attract tourists, remains the same. I arrived at an hour when most of the Egyptians were asleep, but did run into a couple whom were happy to have visitors dropping in, especially someone spreading word about the place.

Unfortunetly, the hopes from the Arab Spring uprising have not come to pass for Egypt in real life. The country remains under the control of the military, and the opposition has come to be dominated by Islamist parties calling for law based on their interpretation of Sharia, women to be restricted to more traditional roles, and an end to the treaty with Israel, which would technically bring the country to a state of war. And more recently another troubling development: the regime has been going after Americans, charging them with "anti-government activities."