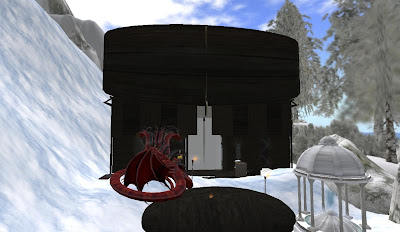 Being a dragon area, many of those showing up were in dragon avatars, albeit small ones. I think hatchlings or "hatchies" is what they're called around here. Some of the place never seemed to rez. I was using my Singularity Viewer due to Phoenix being unstable again, so maybe much of the place was mesh. 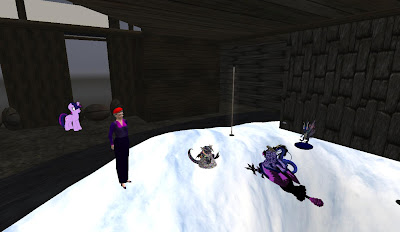 The dragons, and dragon fans, read various stories, including one about the orgins of one's RP character, and even a song in voice from one lady, "Dragons can Talk."
Posted by Bixyl Shuftan at 6:00 AM