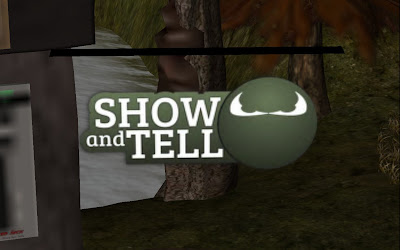 The Madpea region holds a weekly "Show and Tell" event. Right now it's every Sunday at 2PM SL time, "Come and join us at the MadPea Arena to see and vote for new creations! You can also participate as a creator and win 1000L+ prize." The Madpea blog described those taking part as, "each participant will receive guaranteed 100 Linden, the rest will be distributed to the winners." 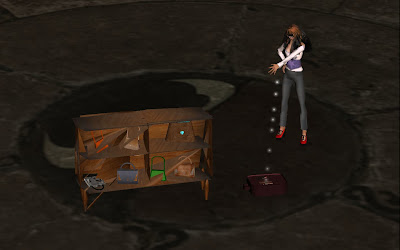 I dropped by briefly to see a little what people made, the seats having about a couple dozen people. The only name I recognized among the builders was Athene Forder of Goddess Apparel. 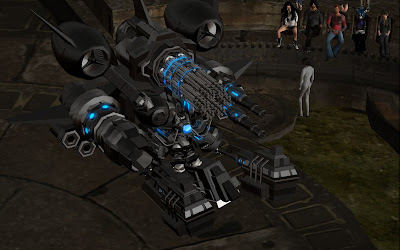 One man in an already impressive looking robot avatar talked about a project he had been working on and off for some weeks. Then he rezzed this huge warbot bristling with firepower, magnetic "bubbles" coming from his feet as it floated in the air. However, the audience was safe from any flying bullets: he hadn't finished the scripts for his guns. 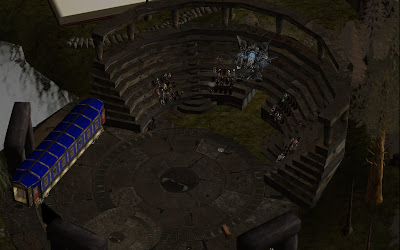 Instead of being given options for daylight, the region took control of our viewer's lighting. The man after the warbot rezzed a detailed railcar, but the details took a long time to appear for some (including me). The builder moved it to the side before making way for the next builder. 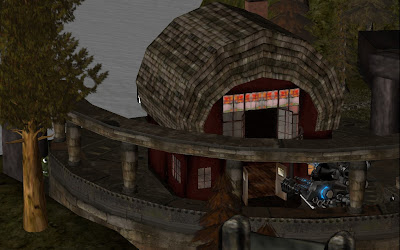 I'm still getting used to my Phoenix Viewer, so panning around wasn't always easy.

I had to leave early, but Judi Newall emailed me of the winners. Athene Forder came in second, with a "Nightshade" being the victor. The robot maker Frofidor came in third.