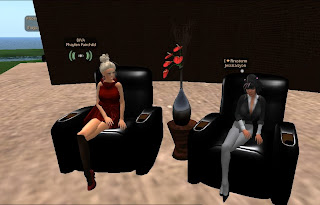 Yesterday on Feb 28th, Jessica Lyon made a public appearance to speak about the recent changes Linden Lab announced of their Third Party Viewer Policy. The Phoenix "office hour" took place at the Rockcliffe University area, and was in front of a packed audience with up to 150 residents in and around an auditorium at the intersection of four sims (Rockcliffe I, Rockcliffe Library, Agile 3D, and Rockcliffe Conservatory). Despite delays, sim crashes, a restart, and a troublesome griefer, the meeting went on and most of the people stayed or came back to listen. There was also the option to see the event over Treet.tv live.

Appearing with Phaylen Fairchild, Jessica told the audience she wanted to give her side of the matter, but be objective in doing so. She told the audience that the features showing users of the Phoenix and Firestorm what Viewers others were using and what their online status was would soon be gone. Other than that, the viewers would not be changing, and it was her impression Linden Labs would not be asking for any more. 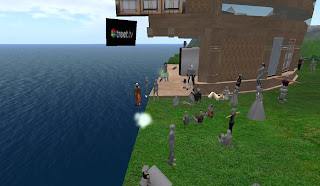 Jessica told the audience that Linden Lab had first come to her several months earlier asking about the possibility that Phoenix could do away with the feature showing what viewer others were using. They told her there were reports coming in of "bullying" by third-party users on users of official viewers. Jessica stated she then went about with an alt using the official viewer, and had a few encounters that gave her the impression there was some truth to the Lab's claims.

What Jessica felt was the policy change that would have the biggest impact was the one about any further changes to the viewers would have to be approved by Linden Lab for use on official viewers, stating they wanted to preserve the "shared experience" of the residents. "I get it in principle, but," Jessica felt this would have a detrimental effect on further innovation as developers would be less inclined to spend weeks or months on a new feature and have no guarantee it would be approved by the Lab. She stated Linden Lab had the contrary opinion, that they honestly believed that their policy wouldn't affect further third party research.

She brought up the former Qarl Linden's work on a mesh deformer viewer tool to allow users to correctly wear mesh clothing, and how it had been Crowdfunded by donations. She cautioned anyone else interested in crowdfunding a viewer development would be subject to Linden Labs vetoing the project, and "all the money the community paid ... is wasted." 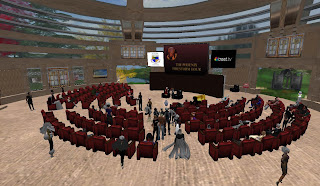 Jessica told the audience they were going to go ahead and do what Linden Lab was asking: submit further developments to them first for use on official viewers and awaiting approval before using the new features on new viewer updates. She felt as in the past year the Lab has been more active in updating new features, there was reason to hope, "We'll see how things go."

Jessica took some questions from the audience. Among them, would they design viewers for other grids. She answered, "Good question," saying it has never really been discussed by the team, but "not out of the question."

She did feel there would continue to be third party viewers and teams behind them, "(Like you) we're residents. We deal with the community more directly. ... I don't think (Linden Lab) will ever truly understand (it's users)."

Jessica gave the audience a number of links they could read about various perspectives on the Third Party Viewer policy changes,"Policy Changes" on the Official Second Life forums, Your Nymph, the Andromeda Media Group, "Stiffle Competition" on the Official SL forums, Inara Pey, Tateru Nino, Nalate's Things, Prim Perfect, Tonya Souther (the Phoenix Mac development leader), Ciaran Laval, and The Torch. Daniel Voyager also posted a number of screenshots of the meeting on his Flickr. Presumably, there will be a recording of the event available soon.

*Editor's note* This article was slightly edited later in the day due to the rush job to get the news out due to public demand.
Posted by Bixyl Shuftan at 6:01 AM