Cartoon of the Day: Anne and Torley 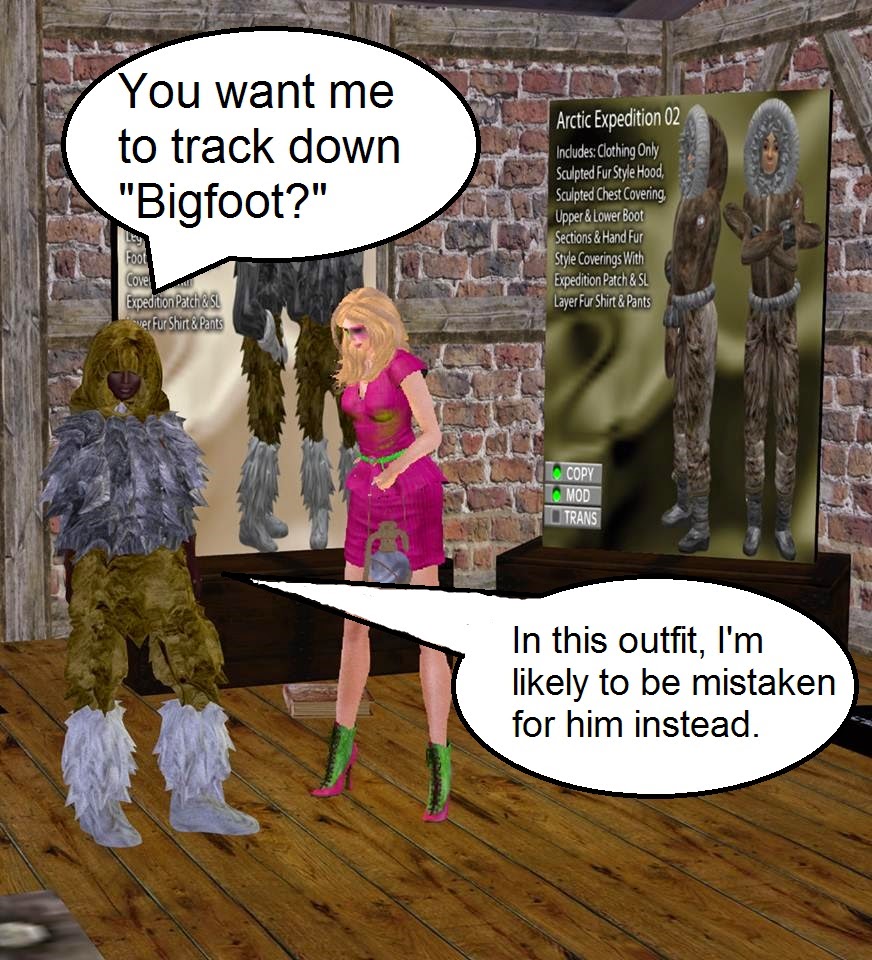 Picture from Anne Brightstar on Facebook, she wrote that's actually Torley Linden there in the female avatar, quoting, "Torley started out in SL as Torley Torgeson Sr., a young male avatar in his 20s who carried around a synth. Due to some crazy time warp in SL, Torley Torgeson Sr. was replaced by his daughter Torley Torgeson Jr. a few months after joining SL. Torley Jr. was for a time replaced by a Bunny Torley, but eventually came back and the current Torley is once again Torley Jr. (female)." (S)he didn't have an explanation for these "Torley warp holes," though each one always had a preference for the same colors, watermelon pink and green.

But the first thing I noticed in this picture was how shaggy Anne looked in that outfit. Even her hair matched the color of those fuzzy pants.