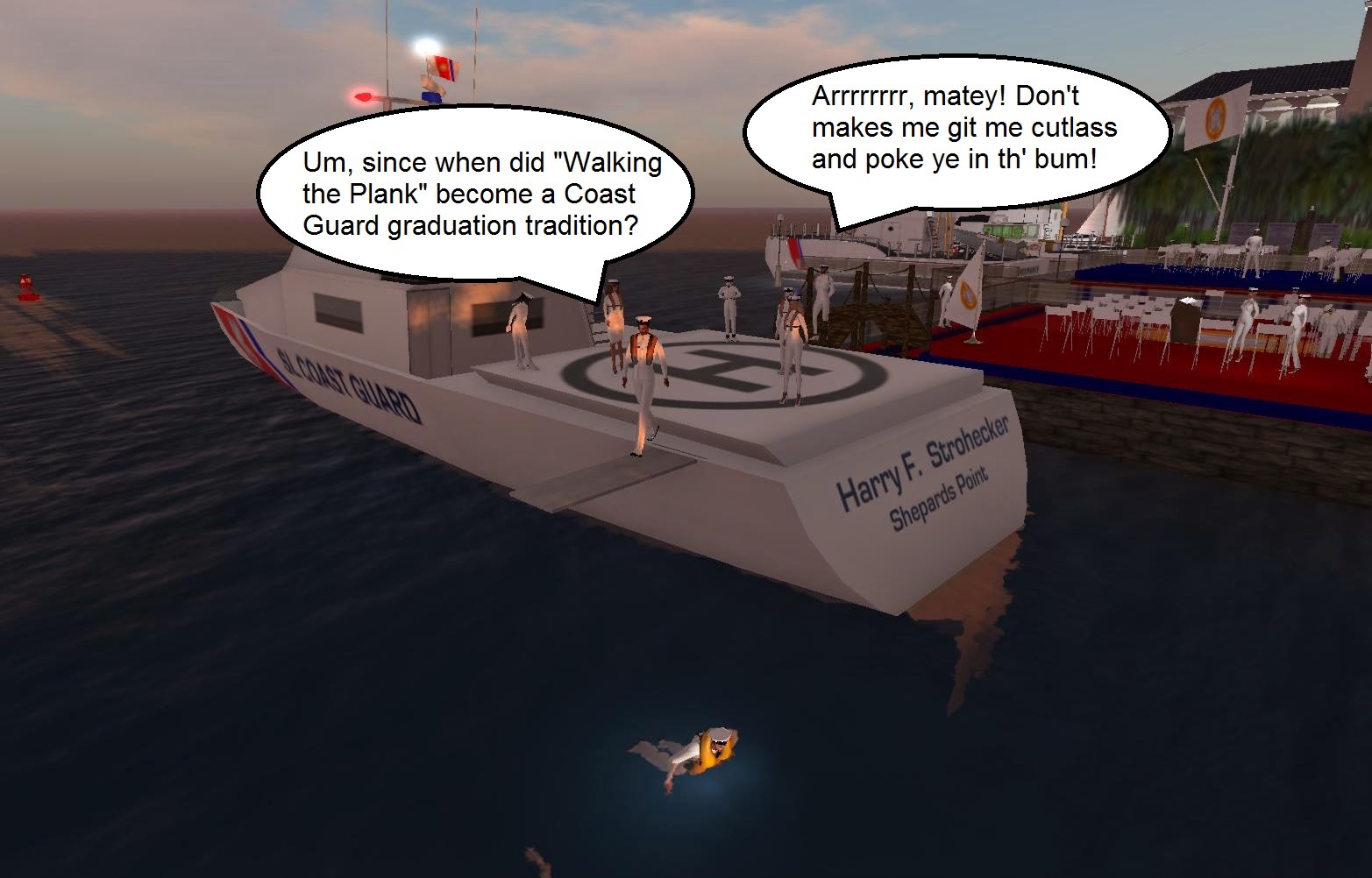 Taken at the Second Life Coast Guard graduation on July 28, once the graduates were officially SLCG officers, there was one interesting tradition that followed, one that involved an activity one associates with pirate ships, not Coast Guard cutters.

They were out of chat range, but it's a safe bet there were these kinds of jokes.