Tales From Podex: Surf's Up 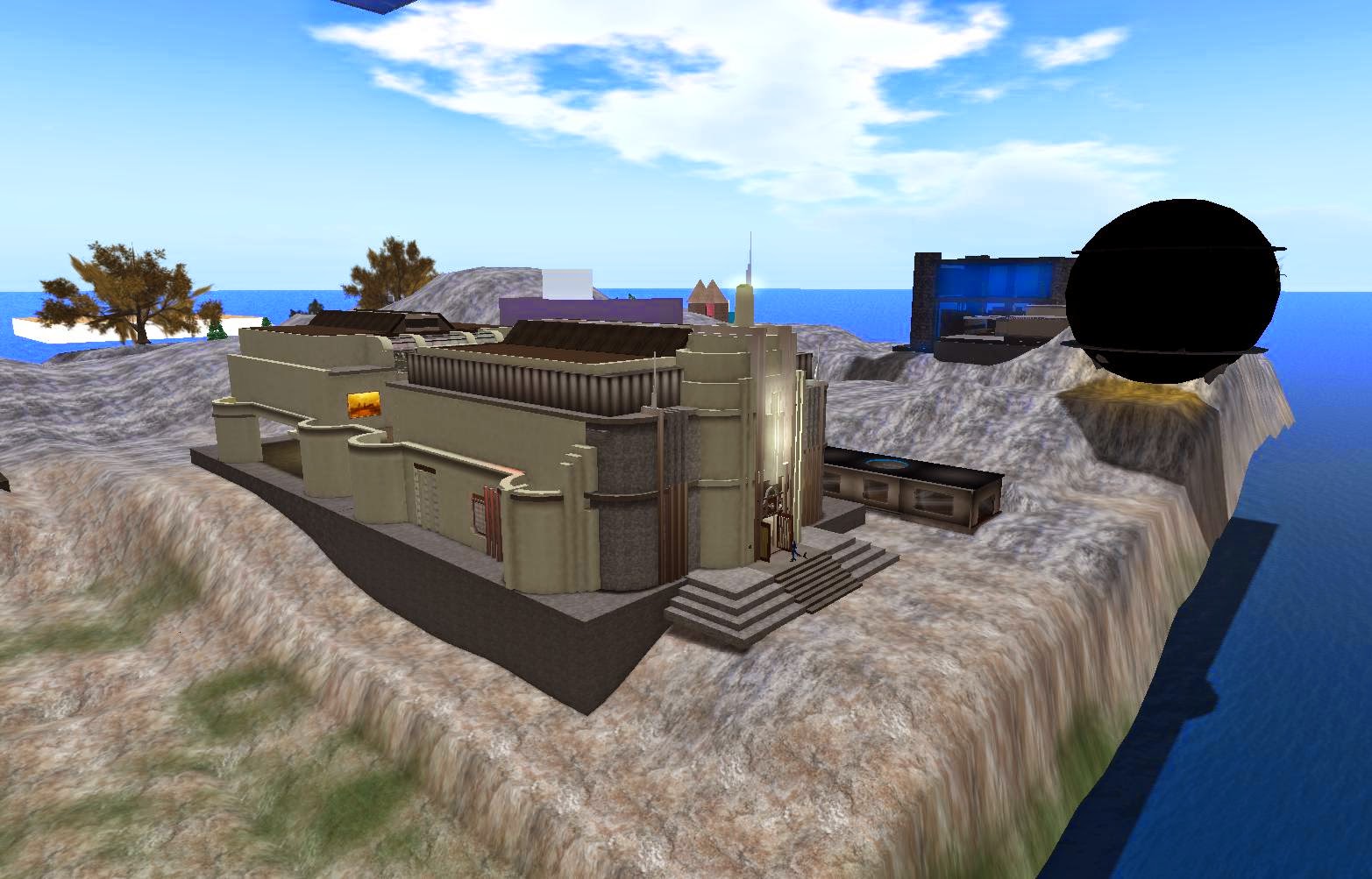 Each month seemed to offer something different to the tellers of the Podex Exchange. In June, the people coming by were talking about the Second Life Birthday, including a few more people than usual new to the world after hearing about it and coming by. In July, there was the Relay for Life weekend, and people coming by to buy Lindens to donate for a favorite team, or to the Relay funds in general. By the time August came around, the Relay was winding down, and there were more college-age residents hoping to relax a little before it was time for the next semester the following month. Between times customers came in, the tellers would talk amongst themselves about various happenings, such as the final Relay event on August 31st, the Lovecraft festival, or something that had seemingly come up from out of the blue: the "Ice Bucket Challenge."

In the middle of one such discussion, someone walked in. He wasn't wearing much, just a pair of swimming trunks. His body looked like it was made for the water, his blueish skin had a few stripes in places with fins in places on his arms and legs with the largest one on his back. He had a long thick tail that poked through the swimwear in the back. He carried a surfboard with him.

"Um, can I help you?" One of the tellers asked. 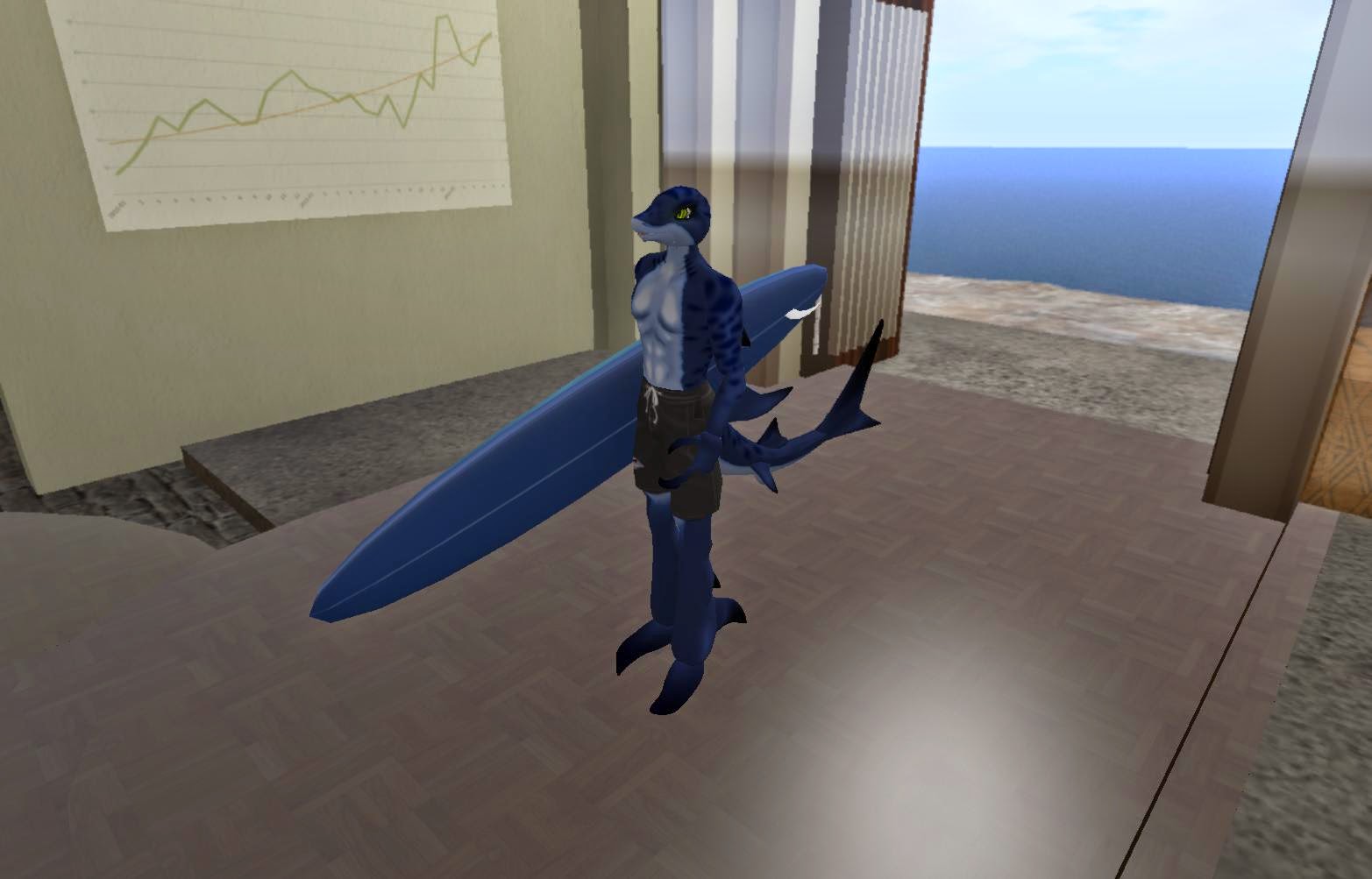 "Yeah dude," the trunked visitor asked, "I need to get some extra lin-dios to grab a spot at this bodacious place that just opened up a surfer spot, Sunny Beach in the Sunweaver Estates, man. It's real epic."

"Um, sure. Well, we offer the best rates of third party Linden exchangers, and will sell Linden dollars for a wide range of world currencies."

"Certainly Sir, just fill out this form. If you've never been here before, new clients are limited to 25,000 Lindens in purchases."

"Whoah dude, I don't need that much man. I'm jess getting a few parcels, not half a freakin' sim."

"No problem, just fill it out and you'll get your Lindens."

The visitor soon took care of the form and the electronic transfer was quickly done. 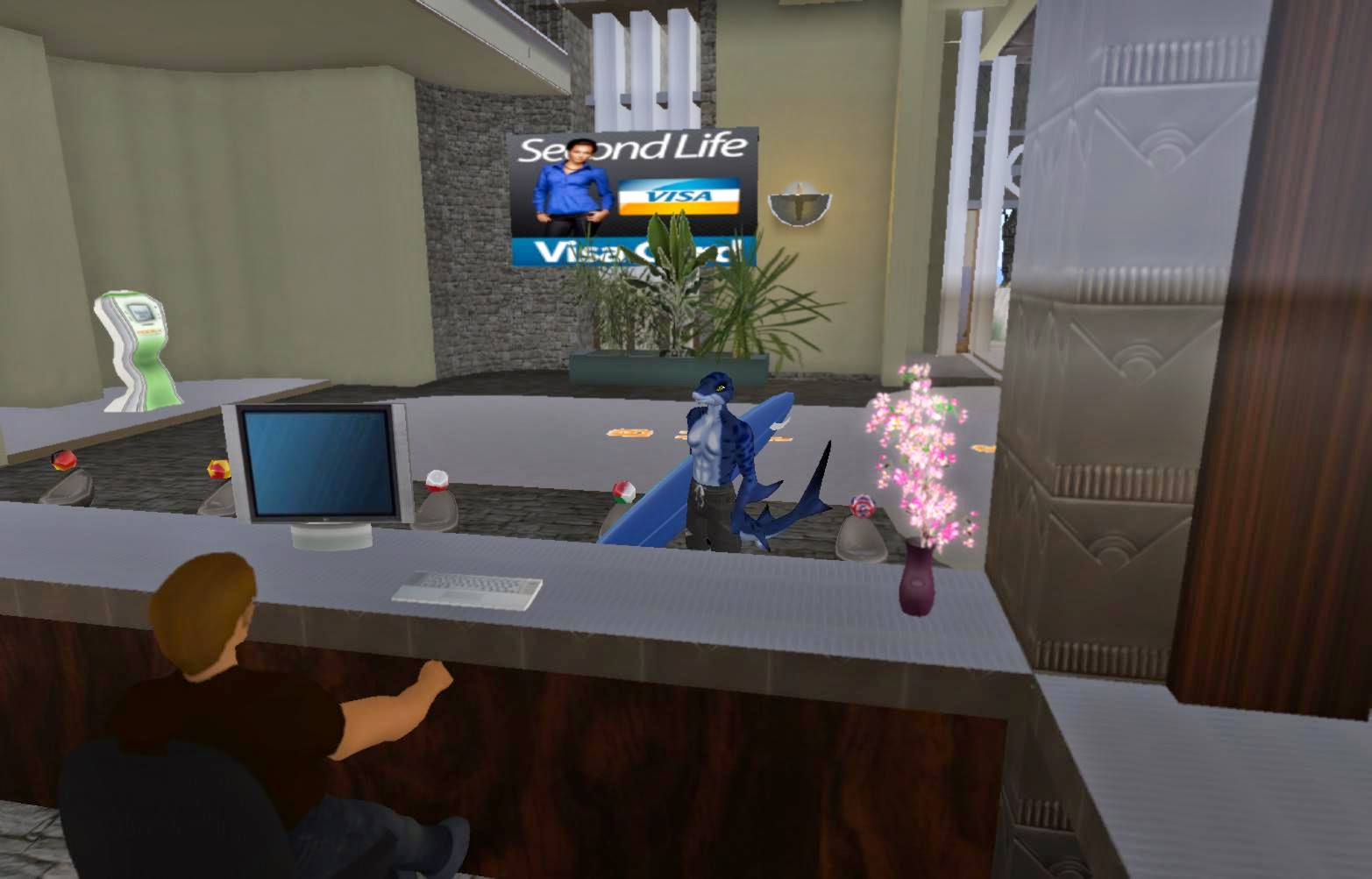 "There you are Sir, all done."

"Sweet! Now I don't have so far to travel to Sunny Beach, man."

"Yep, though they keep suggesting I need a new gun or somethin.' Half the time I'm out there with people, this red fox keeps sayin' 'we're going to need a bigger board.'"

They had a good chuckle, and the visitor went on his way.


Note: The preceding is a fictional story, written for the dual purpose of advertisement and entertainment.
Posted by Bixyl Shuftan at 2:00 PM