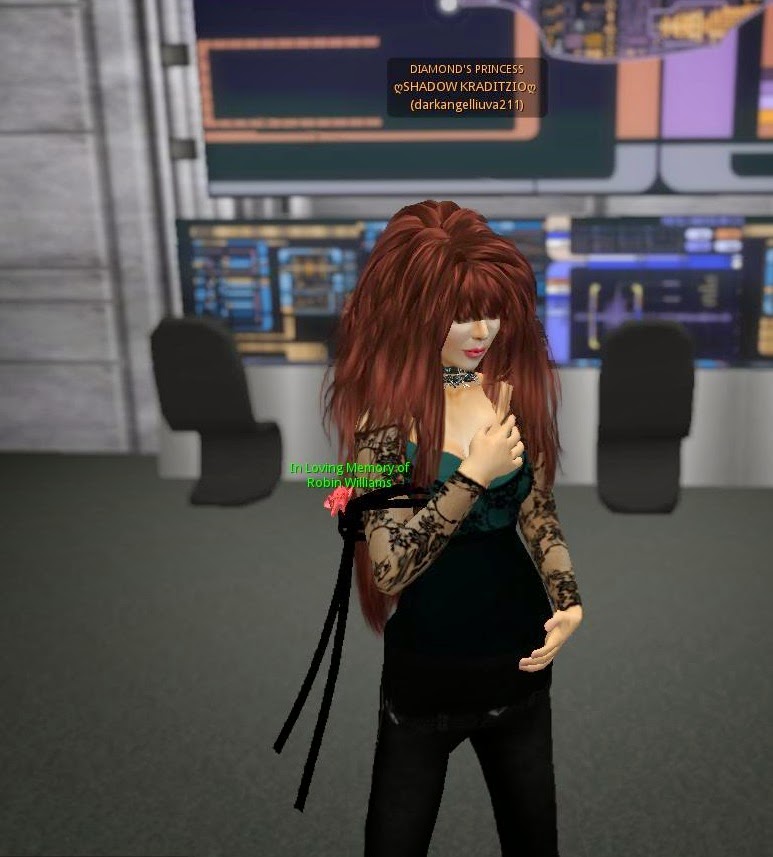 It was Monday August 11 in which famous comedian Robin Williams was found dead. The cause of death was suicide, most likely brought on by severe depression which he had suffered from. Williams had a long career in television, movies, and stand-up comedy from the 1970s to present day. He was 63.

Facebook was full of posts made in tribute to Williams. In Second Life, I heard of a club holding an "Aladdin" theme in his honor. No doubt there were others. But this was not all. One lady (pictured here) wore an armband with flower in his memory.

No doubt others are remembering, in their own way.

*Addition* It seems Robin Williams was also an avid World of Warcraft player. A petition was started for the makers of the game to honor him by making a NPC based on him to crack jokes in the "Worlds End Tavern," and the next day it was announced by one of the technicians that something was in the works (news article).