August 25, 2014, Seasons d’Alliez - The Relay Rockers presented the First Annual Alliez Mysterio Award as the team wrapped up their tenth Relay For Life of Second Life season with a party at Seasons dAlliez yesterday.  This season saw the team set a Relay Rockers record for fundraising, and win several awards including the Returning Team Participation Award, voted by the coaches and fellow team captains. 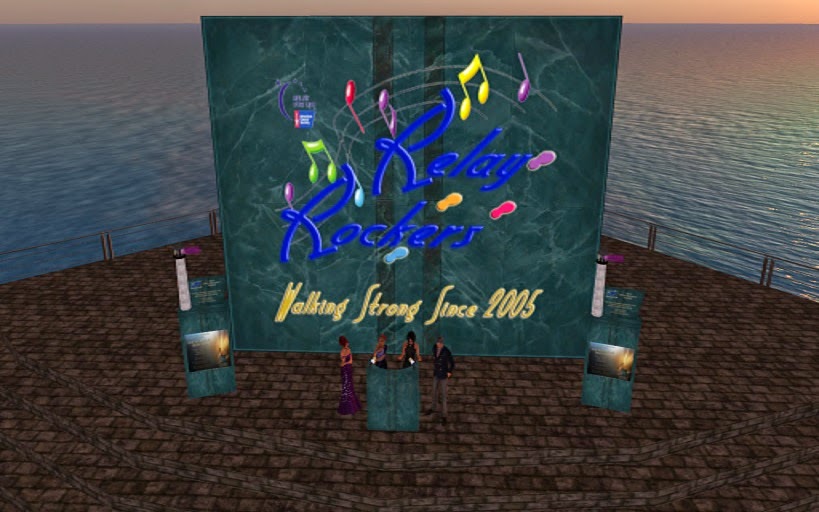 The award, created in memory of the team’s late Co-Founder Alliez Mysterio, was presented to Dwen Dooley and Nikki Mathieson in recognition of their “Relentless Dedication and Enduring Contributions” to Relay For Life of Second Life.

2014 Relay Rockers Captain Ariel Stormcrow explained why the team created the award, citing Alliez’s pioneering efforts in the establishment of the estate system of Second Life, and her support of both Relay For Life and the Rocker’s team formed in 2005 by Trader Whiplash, Nuala Maracas and herself.  “ Alliez saw the potential of the nascent private island sims and in 2005 her first sim, Rue d'Alliez opened.  From that single island d'Alliez Estates spread over the grid, growing to more than 150 islands.  She established a system of ownership and rentals that has provided a home to many residents of Second Life regardless of their virtual manifestations, lifestyles or interests.” said Ariel “From 2005 until breast cancer took her from us in 2013, Alliez was a steadfast supporter of both the Relay Rockers and Relay For Life of Second Life.” 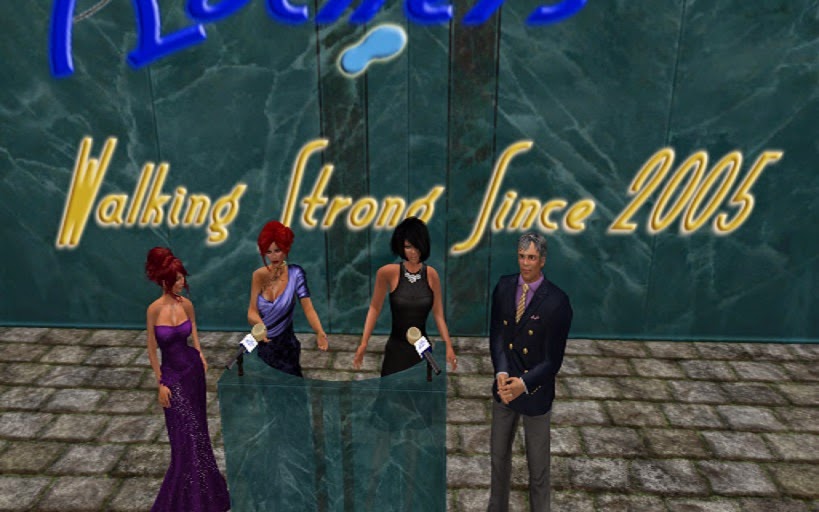 Nuala Maracas, Founding Captain of the team presented the first of the two awards to Technology Division Chair Dwen Dooley.  “When Relay began in 2005 Second Life was a different platform than it is today.  While it represented the most advanced 3-D communications platform ever, it was far less sophisticated than the Second Life of 2014.  Our Relay relied on simple scripts to collect donations.” Maracas added  “Dwen Dooley,  began to find new means to improve our Relay tools. He created new ways to sell items and to spread the word about our teams and our events.  “. 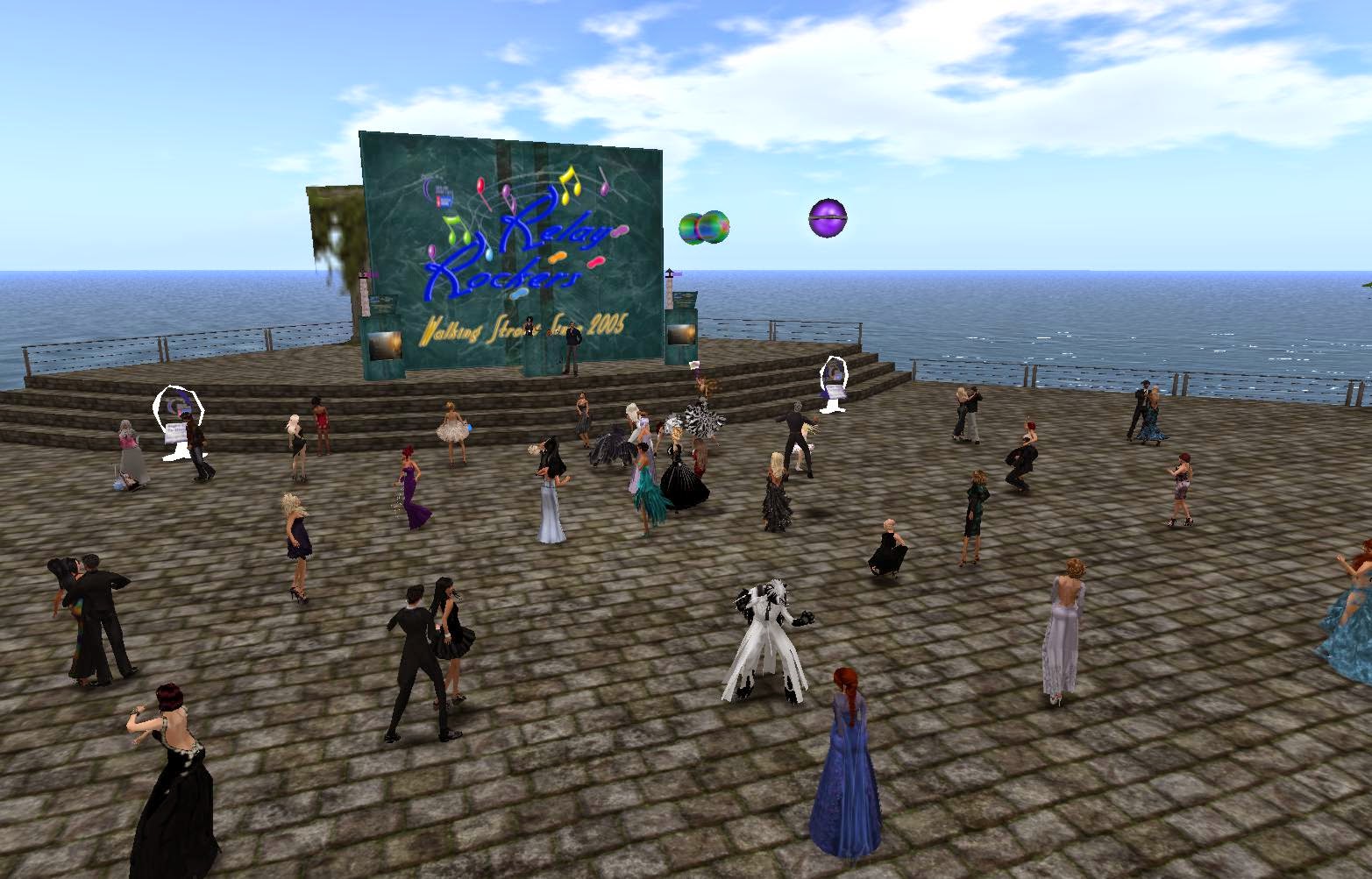 The second award was presented to 2013-14 Event Chair Nikki Mathieson by Trader Whiplash. According to Trader, “Nikki Mathieson has graced Relay For Life with her steadfast determination, and her ability to find the right people for the right roles.  She took the lessons learned from her predecessors  and molded them into a vision of Relay that allows us all to Celebrate Remember and Fight Back as many teams walking together as one world”

Seasons dAlliez, the dAlliez Estates headquarters sim will host a permanent display honoring this year’s and future award winners.  The award itself features a representation of the lighthouse which for many years served as the central focal point of Rue dAlliez, Alliez’s first island sim, which opened in January, 2005. (http://maps.secondlife.com/secondlife/dAlliez%20Land%20Headquarters/96/196/34)

The afternoon started with a performance by Gina Gracemount.  Gina, a supporter of the team and a Bid Me Bald victimteer helped the Rockers this season by raising L$ 120,067, a Bid Me Bald record for Live Performers. 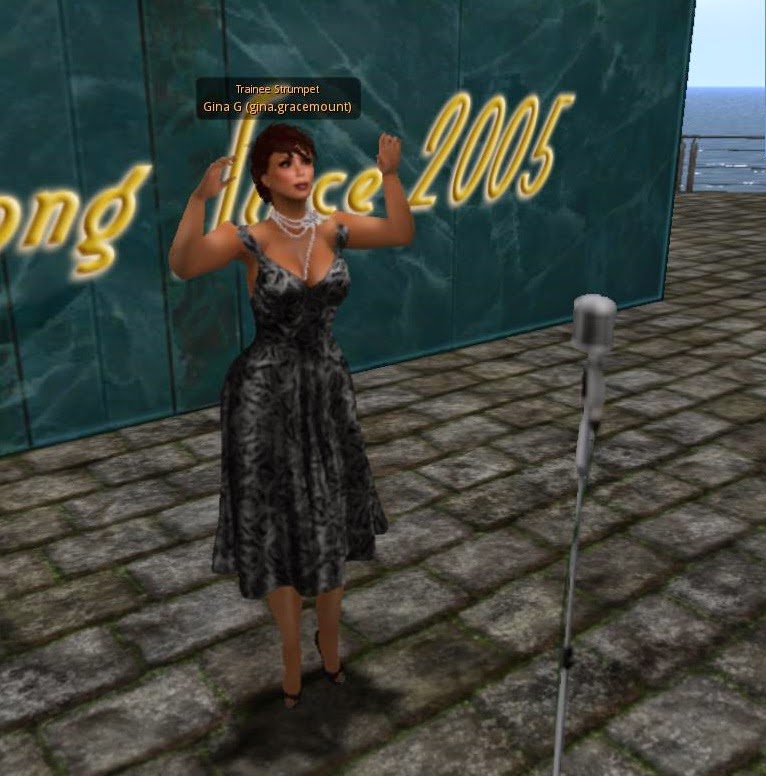 Before presenting the awards, Trader recognized his teammates for their extraordinary fund raising efforts in 2014.  The team which is normally one of the top fund raising teams raised a record $21,120 (L$ 5,280,120) and had achieved Relay’s highest level ‘Purple’ by early June.  He also recognized several team members and supporters, including team sponsors dAlliez Estates, Rockcliffe University and Charmed Breedable Fashions.  He also thanked Melodie Jigsaw, team builder for her creations of Relay-Stock, Rumble for Relay and the Team’s award winning campsite “Its a Small World Finishing the Fight”; JonyBlade Codesmith for his donation of a custom tour system for the Small World boat ride  and Arizona Ballinger-Whiplash for creating the team’s graphics and the “Small World Shoppe” which won first place for Creative and Inventive Fundraising at this year’s Relay.

The evening concluded with a party hosted by the Rockers and featuring Trader and T1Radio’s Time Machine 60s rock show.
Posted by Bixyl Shuftan at 6:01 AM