It was with sadness that over the weekend, White Vixen Enterprises made the decision to close one of Second Life's premier space clubs, Club Zero Gravity. The reasons were real-life finances. 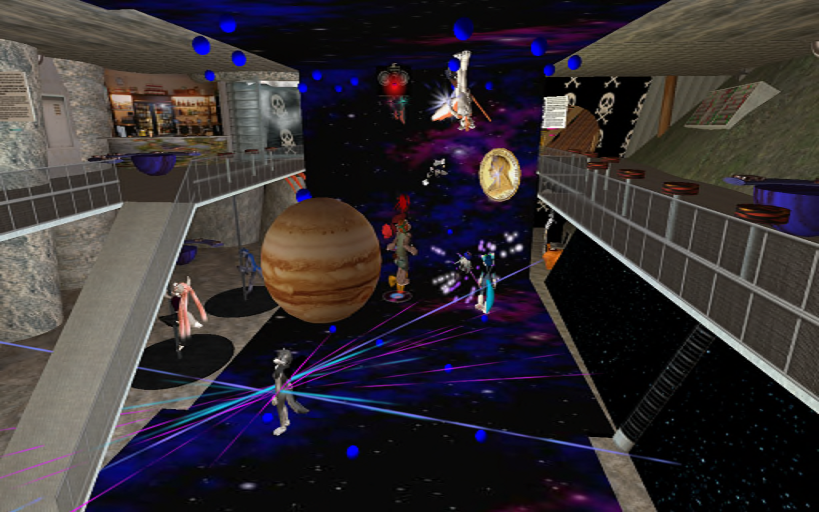 All good things must come to an end, or at least a hiatus, and Club Zero Gravity is no exception. Since it was moved to Purrfection in July 2010 from the main Sunweaver Estates area , the "Party among the stars" has hosted hundreds of parties of many different themes. But due to real life finances, we can no longer keep the power running. So it's time to get ready for the final curtain call.

Thank you for your patronage.

"Don't cry because we are going, be happy because you were here." 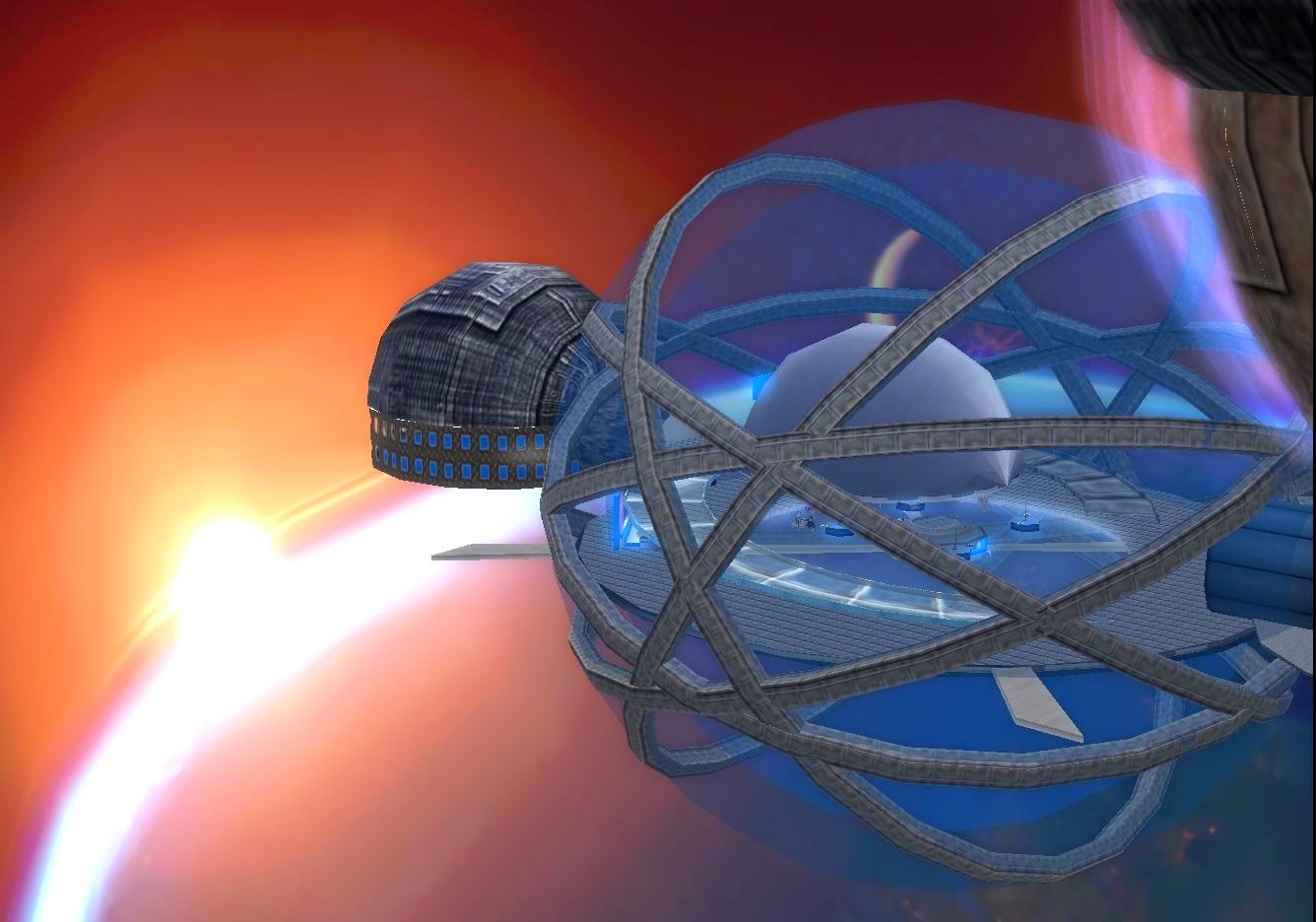 Club Zero Gravity got it's start in the main area of the Sunweaver Estates, built by Shockwave Yareach and run under Spectra Ninetails, eventually it's first owners had to give up running the place. Ranchan Weidman then stepped in, giving the club it's noted space-station appearance, but in 2009 she too could no longer keep up the events and it closed. After several months, in July 2010 it reopened at it's current location in the Purrfection Estates. With only a slight modification from Ranchan's original design, Elphias Kojishi and Nydia Tungsten ran it for a time. Then Elphias had to drop out from helping to run it, and Bixyl Shuftan took over as manager. In June 2013, the club was closed for a few weeks for renovations to be reshaped into a slightly smaller club as people moved in from a residential sim that was closed due to loosing money.

A video of the club was also made: http://www.youtube.com/watch?v=ELu9P2rv2rE&feature=youtu.be 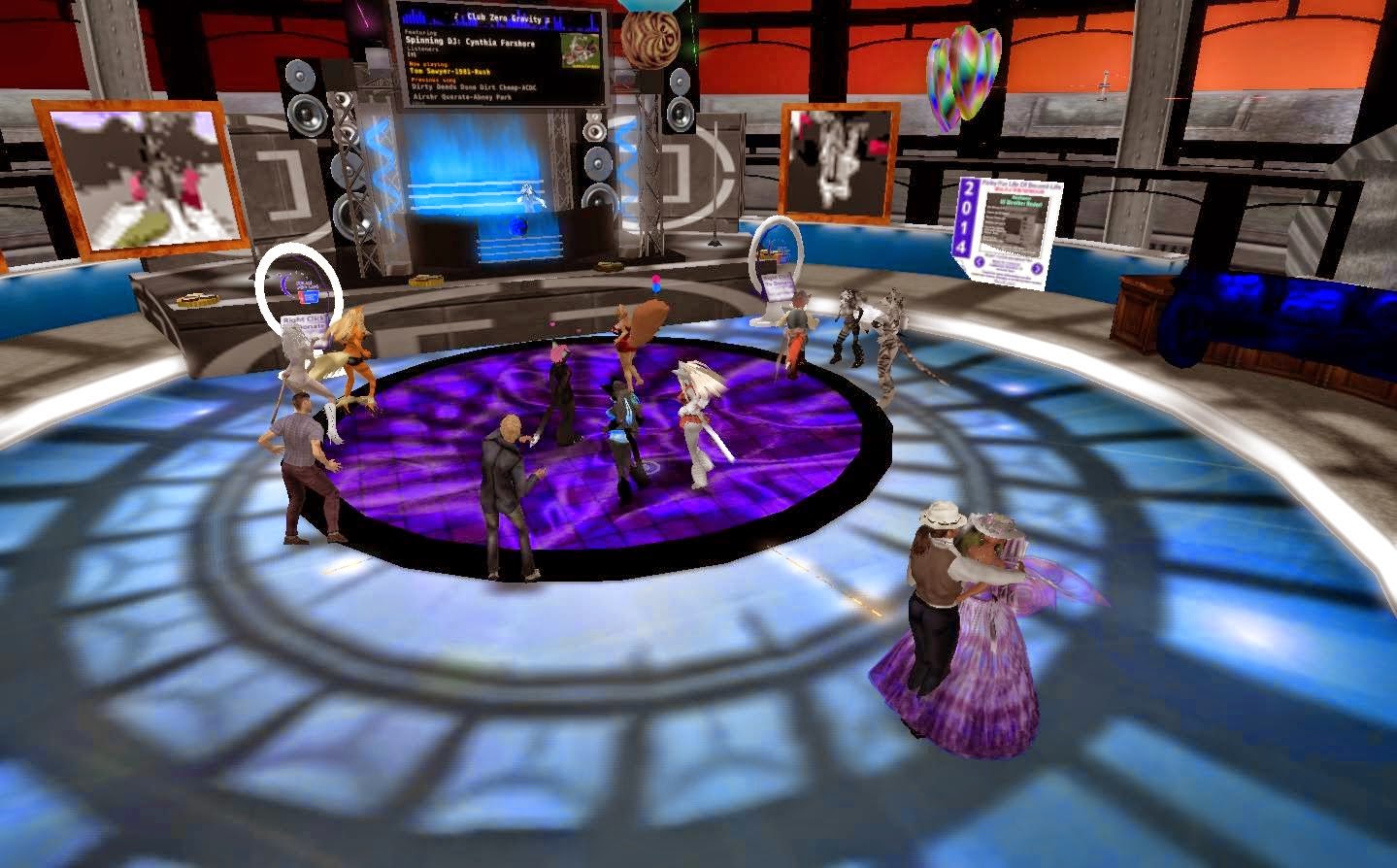 The club has enjoyed events of many different themes from Halloween to Victorian to Steampunk to comedy to even the occasional adult theme (there were more wilder events when Nydia managed as she got her start as DJ "Naughty Nydia"). The final two events this week will be "Topless Tuesday" at Aug 12 6PM SLT, and the come-as-you-are "Last Call" on Thursday Aug 14 at 6PM.

Club Zero Gravity's sister club, the Happy Vixen, will not truly be closing, but is being relocated to the Sunny Beach sim in the Sunweaver Estates. It is expected that the Vinyl Museum, owned by Perri Prinz and RECoyote Mindes, will be taking the Tues/Thurs 6PM timeslot.