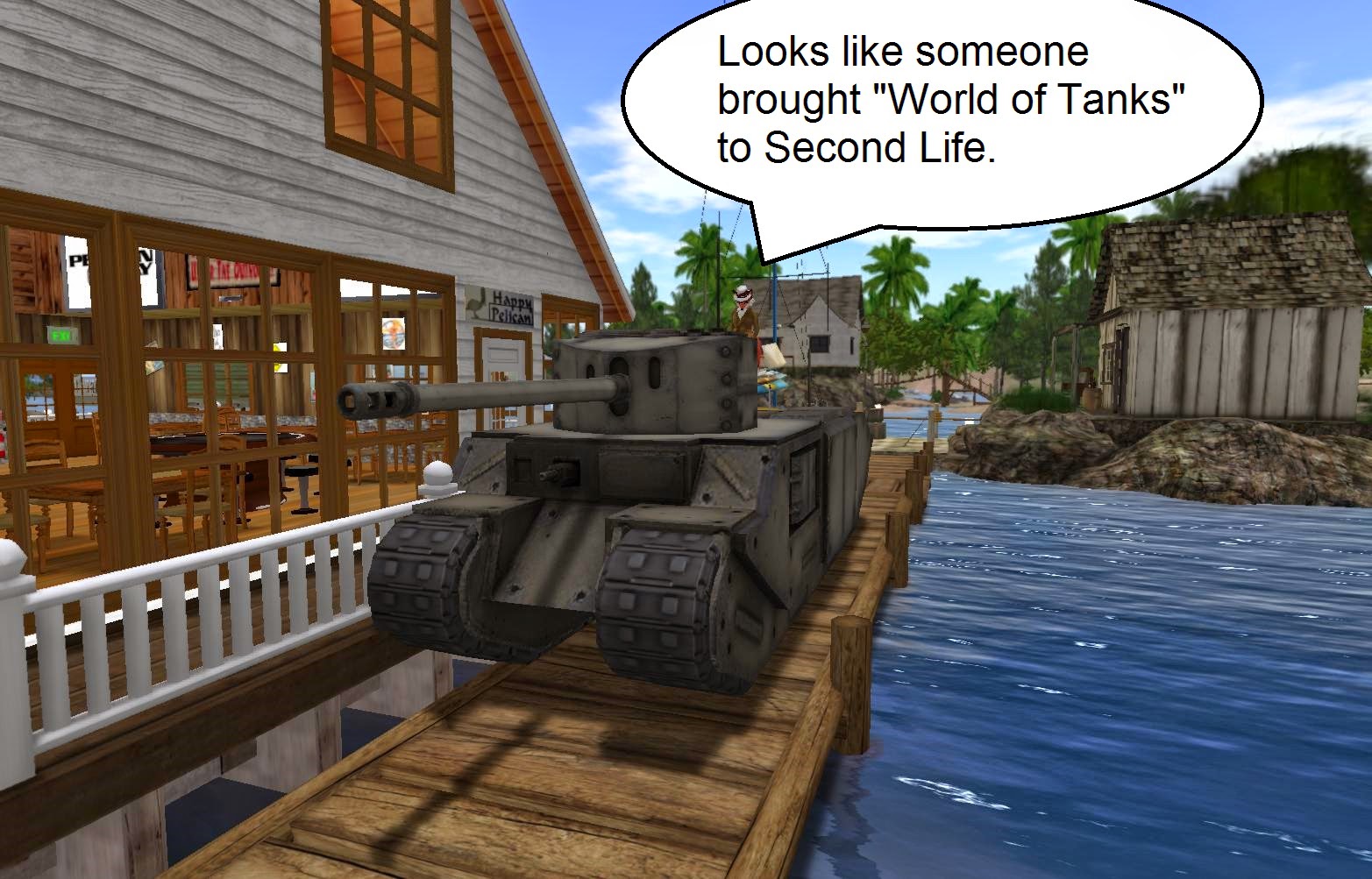 A TOG II tank, probably the most popular of the Premium tanks in the "World of Tanks" online game, that I found in SL. As it had a VICE combat system, looks like one would be able to have a tank match with it as well. But would it's slow speed mean it depends almost completely on it's WoT popularity to even see a battlefield here?
Posted by Bixyl Shuftan at 6:05 AM