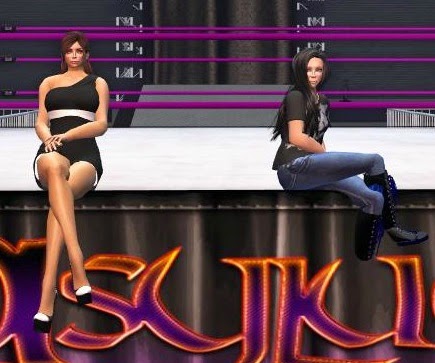 Tomorrow on Saturday August 16 at 10AM SL time, Second Life wrestling fans will get a treat. The WPWF (Women's Pro Wrestling Federation) will be holding a special event as a fundraiser to raise money for the Parkinson's charity Team Fox. A few days ago, Charlotte Williams interviewed Avina en' Cael, one of the event's organizers. Avina had much to say about Second Life wrestling, how she got in it, and what the event will hold for those coming.

Read Charlotte's article in People.
Posted by Bixyl Shuftan at 6:02 AM