News and Commentary: A Potentially "Taxing" Problem for Second Life Content Creators Outside the US

Psyke Phaeton, the maker of a security orb, was threatened with being thrown out of Second Life by Linden Lab. Not because his products are causing problems, but because he refused to provide tax documentation to Linden Lab. 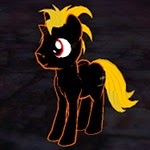 On August 1, Psyke wrote on his blog that he had gotten a message from Linden Lab that he had to provide an IRS form, a W8-BEN, otherwise his account would be terminated in 28 days. Psyke wrote that he would not be providing the information for two reasons. One, he isn't an American but an Australian, and saw no obligation to pay. Two, he didn't want to make any contributions, however small, to what he saw the US government as eroding its Constitution and saddling its citizens with massive debt, and other actions.

So Psyke made his security orb free on the Marketplace, preparing for the end. Then someone on the Second Life Universe forums found some documents online that informed that as an Australian resident who does not travel to the United States, he doesn't have to pay any taxes to the US. Oops! "Well, that is a little embarrasing isn't it. Perhaps LL needs to be more clear about the consequences and less threatening. Now to reponder everything."

While Psyke may now be off the hook (except perhaps with fellow posters on the SLU forums), the incident does bring up some questions about Linden Lab's policies in this area. Originally it was just newly created accounts at the time of the new requirements (Nov 2013) that had to comply. Psyke's rezz date is listed as October 12, 2003. Also, some countries prohibit their residents from giving companies based outside their borders certain information. Might they possibly end up in a catch-22, choosing between in trouble with Linden Lab, or their real-life authorities?

Maybe there should be an alternative to expelling merchants whom decline to turn over tax information, at least those whom have been in Second Life for many years, live outside the United States, or both. Instead, just take away their ability to do business. Perhaps blocking them from using the Linden Exchange and thus unable to cash their Lindens into real-life currency, or "freezing" their Linden accounts so that while money continues to come in as people buy their items, the user can't spend it?

Something to think about.

*Addition* Psyke isn't the first content creator with this problem mentioned in the Newser. Earlier we wrote about Meissa Thorne, whom had been banned by the Lab for this reason.