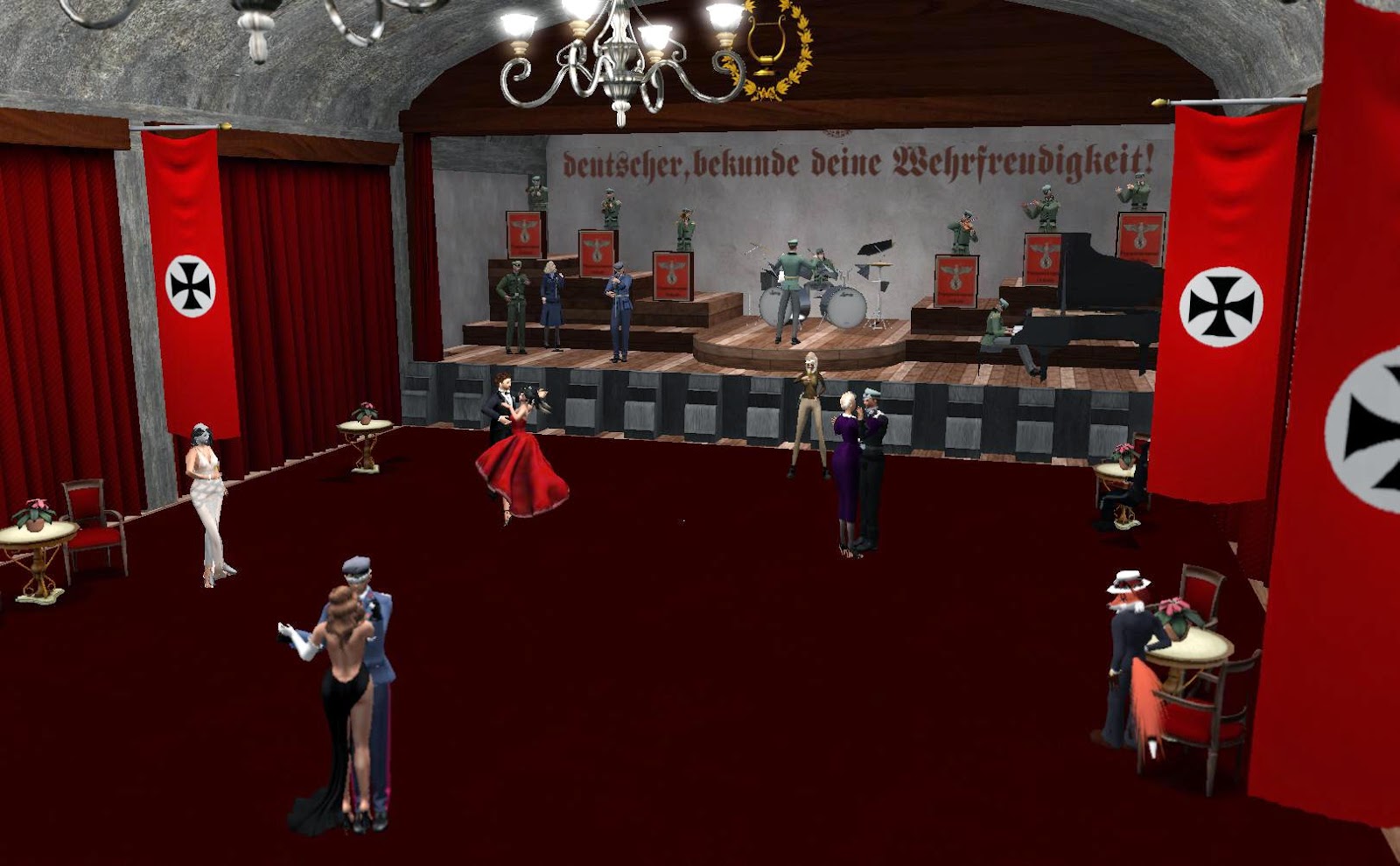 This holiday season, the New Bastogne WW2 combat area has been taking a little time out from it's usually battles. One event was the Christmas Truce soccer match between the German and US teams (no record as to who won). On New Year's Day, There was a music concert and dance in the New Bastogne sim, with Vickster Khun and other officers, and enlisted, from the German team there, as well as a few players taking a break and dropping in.

January 1st at 15:00 SLT, we will have on Caen Sporthalle the New year Concert conduced by Ernst-Franz Gerlich. We will have music from 1930 to 1945 from many international artist and more than 10 musicians on stage!

There was a mix of music from both German composers, such as Rudi Schuricke, but also American Big Band musicians such as Benny Goodman and Glenn Miller.
Posted by Bixyl Shuftan at 6:00 AM