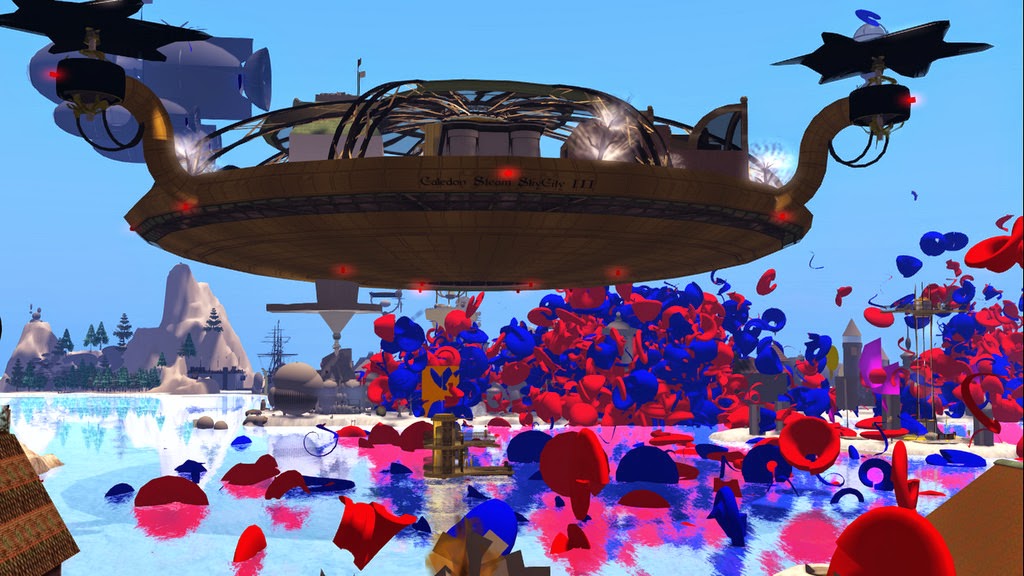 Jo Yardley reported yesterday of a "massive griefer attack" on the Caledon steampunk community sims, and other spots on the Grid. The above picture was taken with an SL Go viewer, "With my regular viewer I doubt I would have been able to even take a single step." The picture shows a mass of what one commentator called, "tortured torus prims," whose physics added to the lag.

One of the administrators of the Purrfection sims was called to deal with a reported case of griefing, but it was delt with in minutes.

Jo Yardley suggested the following responses to a griefer attack
In most cases this will help, but of course it depends on the situation and the type of attack.

Judging from the comments, the attacks seem to be over, at least for now.
Posted by Bixyl Shuftan at 6:02 AM