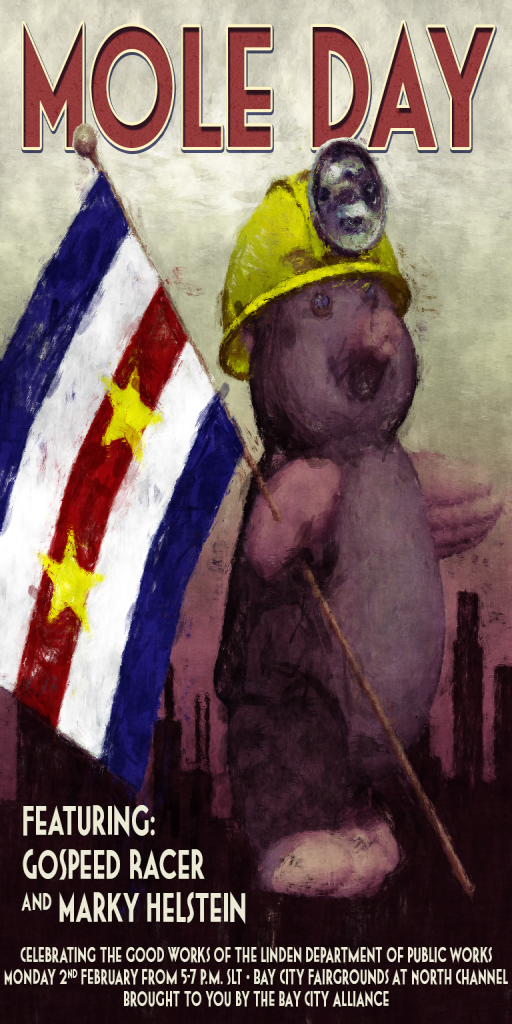 BAY CITY, SL - It’s nearly that time of year again when we look for furry little shadows. You do have your shadows enabled, no? It's not about groundhogs -- it's about the Moles of the Linden Department of Public Works!