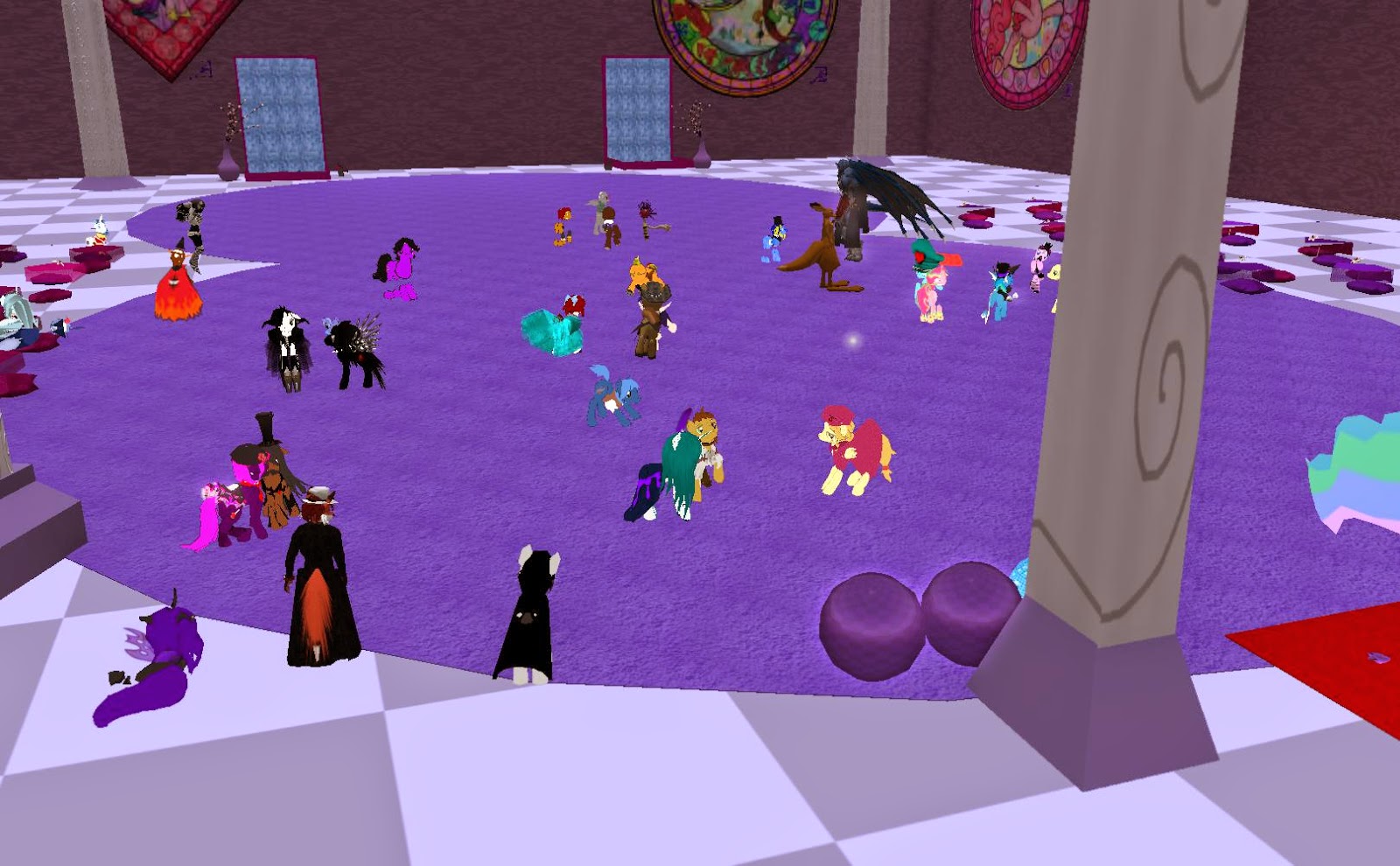 From Friday January 23 to Saturday January 24, the Pony community's big event for the month, the "Grand Galloping Gala" took place. The event took place high above the Ponyvale sim. Friday was the fashion show, in which outfits made for the four-footed avatars were judged. Saturday was the dance. Starting at 5PM numerous avatars, mostly ponies but there were others, danced away to the music. The party went well beyond the two hours planned, going late into the night.

I had a chat with the head organizer, Bri (Xjennifer29x Resident). She told me it had taken about a week to organize the Gala. Of the fashion show, "we had 100 people here, unfortunately before the last four contestants were able to go down we got griefed. But when we were able to come back and get them going and get the winners announced, the sim had about 60+ back up here." Three of the outfits featured were up on display. Of the dance on Saturday night, they hadn't expected it to go for more than two hours, "idn't expect to still be going and luckily my best friend Pixel Prism offered to continue to dj. We capped out tonight at 92 ponies and even at 10:26pm slt we are at 45."

Among those there was Aasha Kohime, whom had been part of the Aria Clash combat sim's team until it's closing in October 2013. Afterwards, she had focused on making pony-themed items, and was making more money than before.

There will be another two day event in February, "Hearts and Hooves," on February 20 and 21 for Ponyvale's second anniversary.