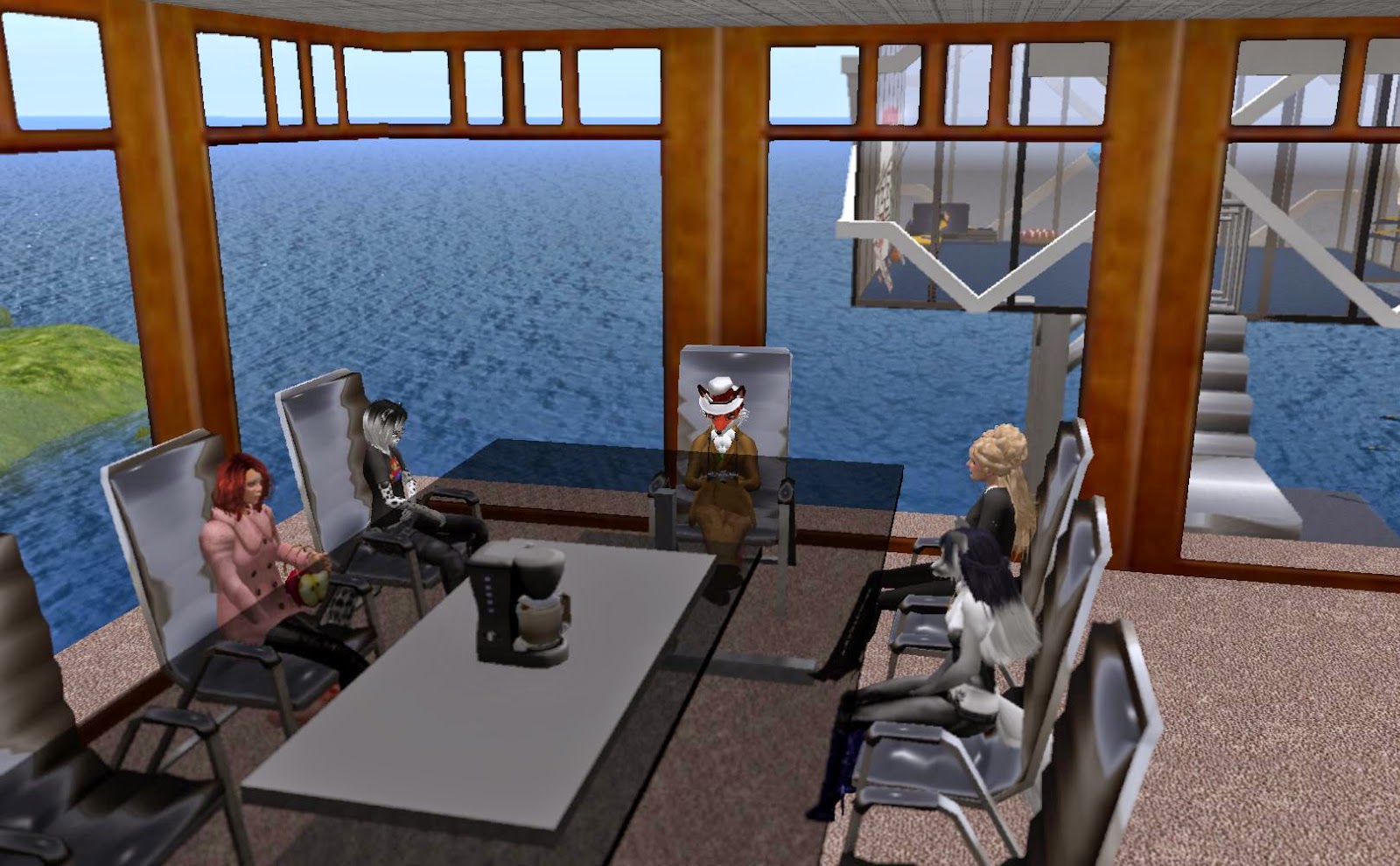 Sunday January 11 was the Newser's monthly crew meeting, discussing out successes for the past month, and what lay ahead in the next month or two. In the picture are DrFran Babcock, Locke Esgal, myself (Bixyl Shuftan), Gemma Cleanslate, and Nydia Tungsten. 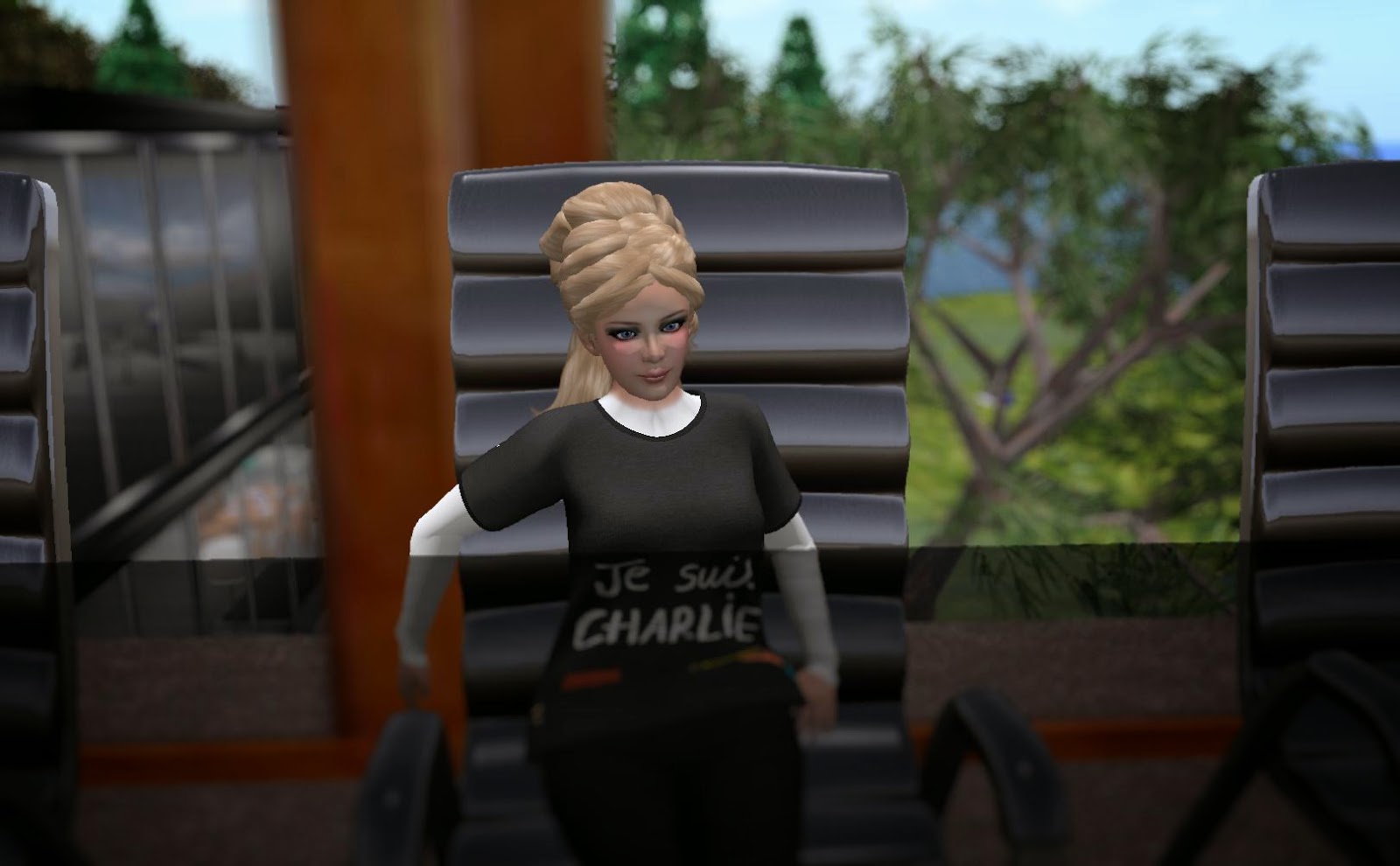 Among the things brought up was the terrorist attack in Paris on the real life Charlie Hebdo magazine. Gemma, whom was among those who had written about the memorial to the fallen journalists (and cops) in the Paris area in Second Life, sported a "Je Suis Charlie" (I Am Charlie) T-Shirt. 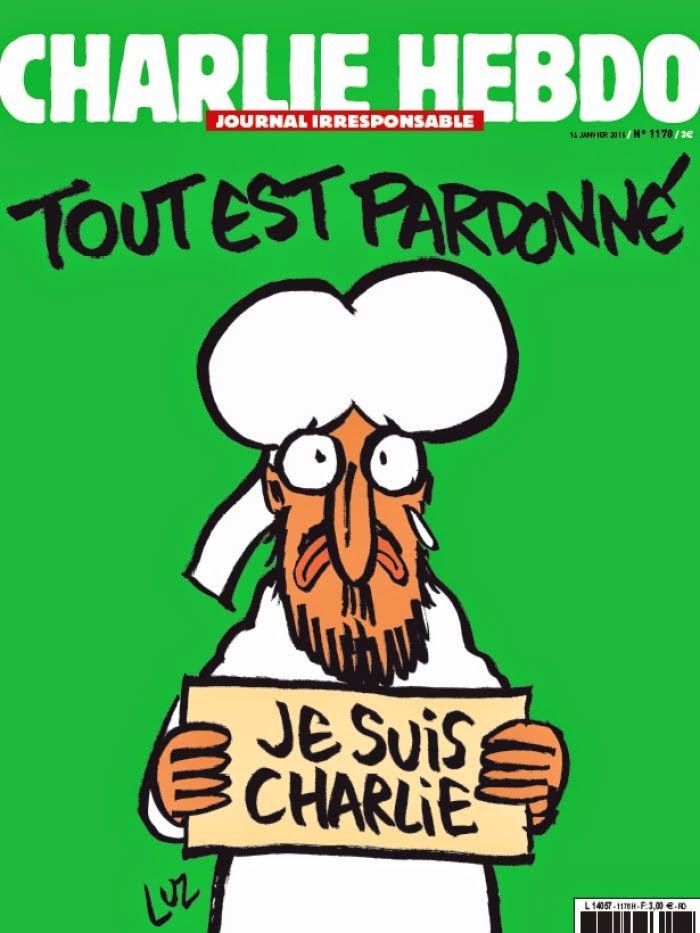 The magazine would continue to make news with the release of a "Survivor's Edition" this week, in which a cartoon of the Muslim prophet Mohammad crying and holding an "I Am Charlie" sign, the captain reading "All Is Forgiven." The reaction of Muslims seems to be a mixed one, although there were those saying their views on blasphemy need to change, militants called the cartoon an insult that demanded further retaliation and bloodshed.

"To be continued"
Posted by Bixyl Shuftan at 6:00 AM