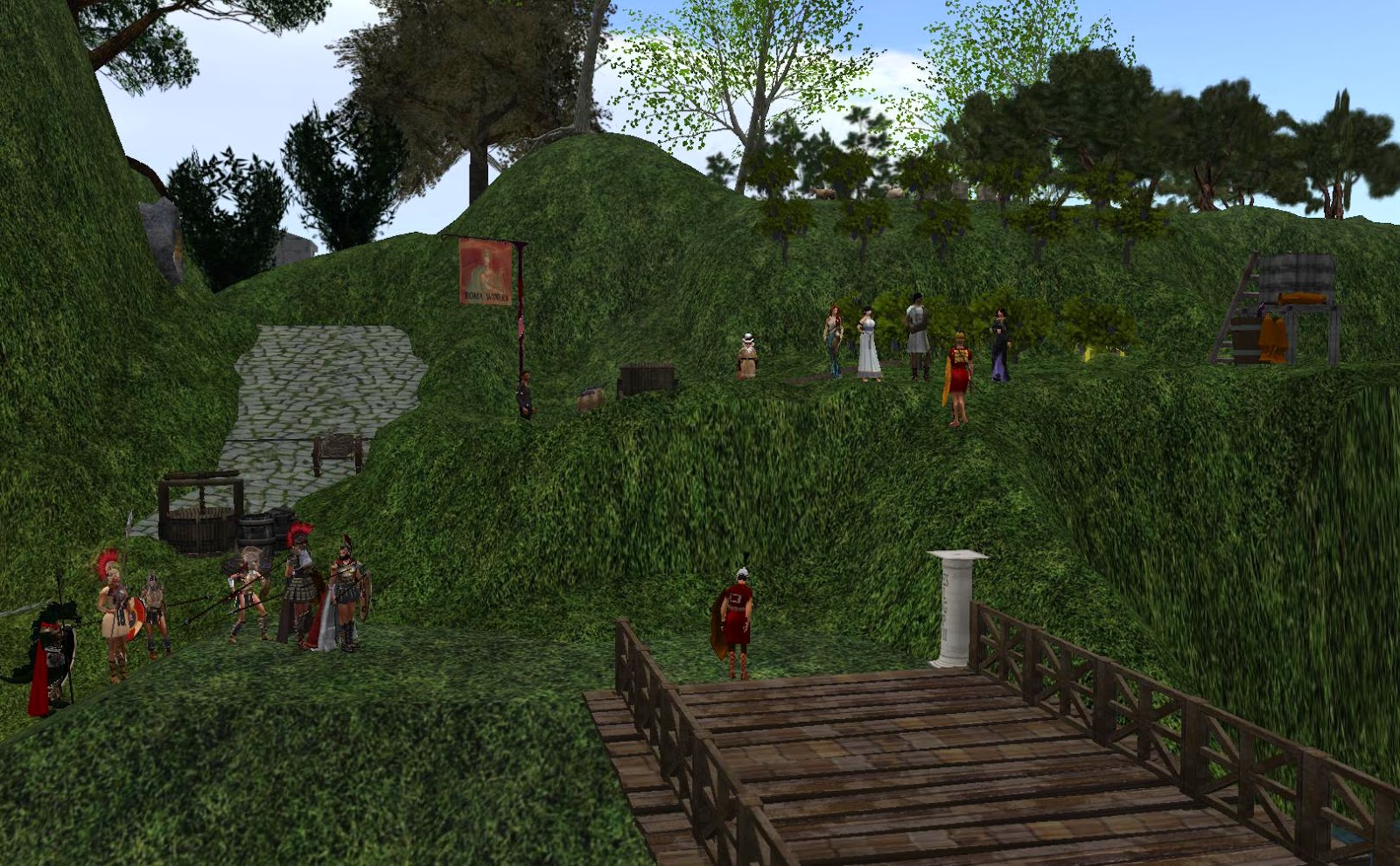 Last weekend at the Roma community, the Paganalia festival took place. On Saturday January 24 there were various events such as a live music concert and a fishing tournament. The fun continued on Sunday January 25, with events such as a crocodile race and a battle reenactment. 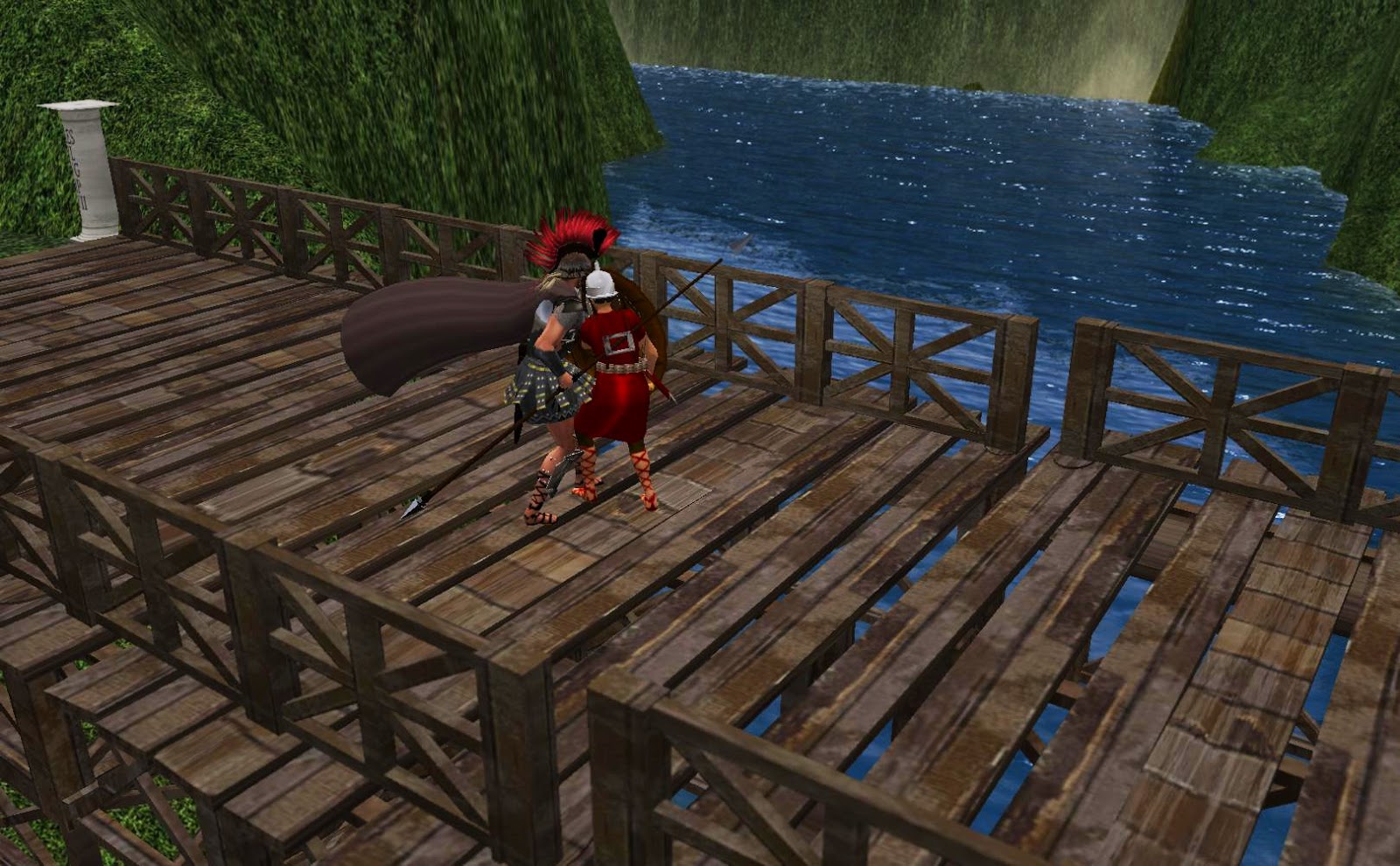 The XIII legio will reenact the heroic action of Horatius Cocles, who on 509 BC defended  the access to Roma via Pons (bridge) Sublicius, standing alone against the Etruscan army. LMs in notecard. 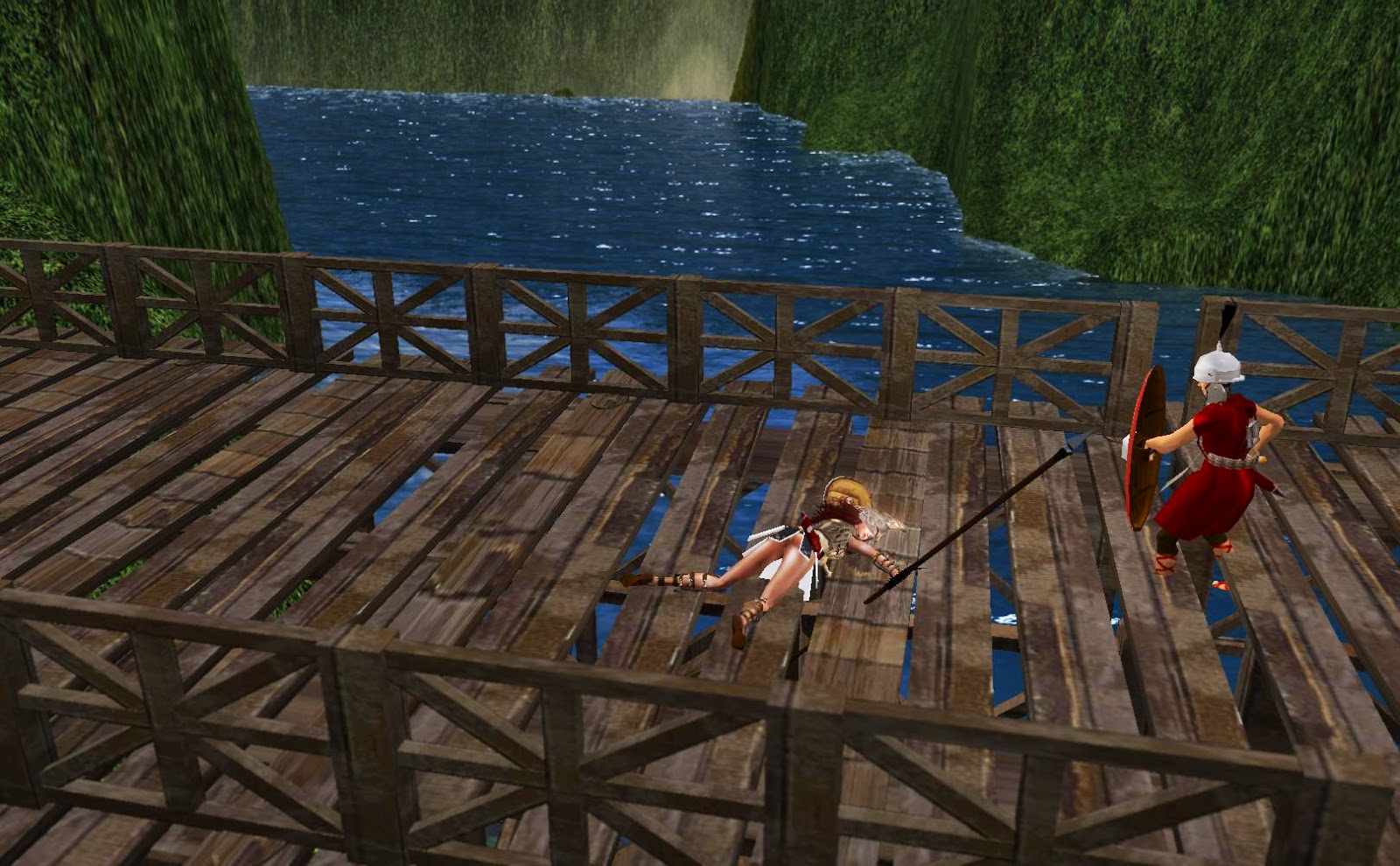 One reenactor took on the role of Cocles while several others assumed that of Etruscan attackers. To help out the defender, he was wearing a slightly buffed battle HUD that gave him extra hit points. But it turned out those weren't needed (except maybe as a psychological boost), as he continuously beat all attackers while taking less damage than they. 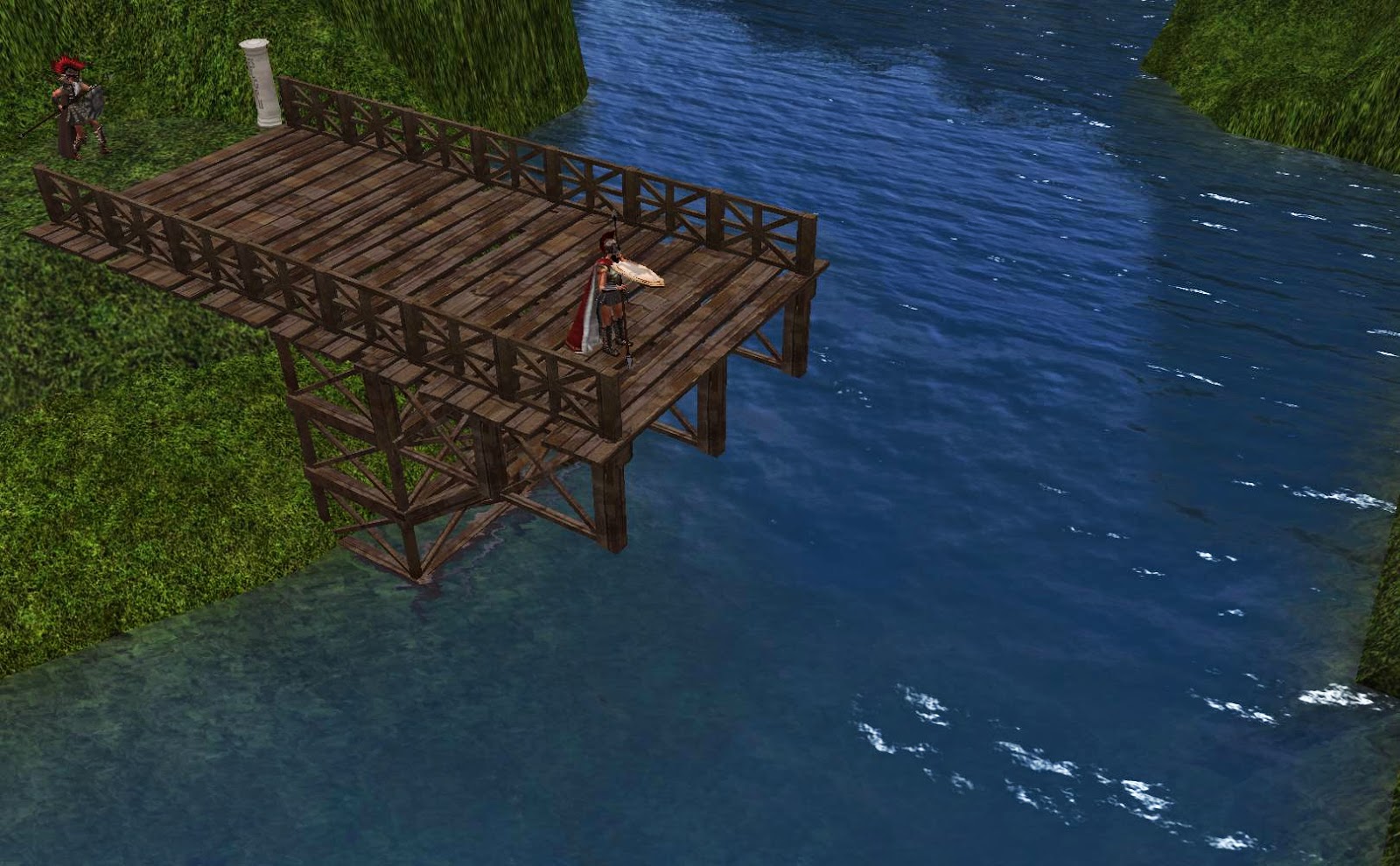 After the last attacker was beaten, the bridge was collapsed, replaying the part when the real bridge was destroyed, allowing Cocles to retreat to safety.  The Wikipedia entry about Horatius Cocles about the story says that it describes him as surviving the battle and being subsequently honored, but the injuries he suffered from the battle meant his career in the Roman army was at an end.