Over 110,000 Lindens Raised at Veterans Benefit 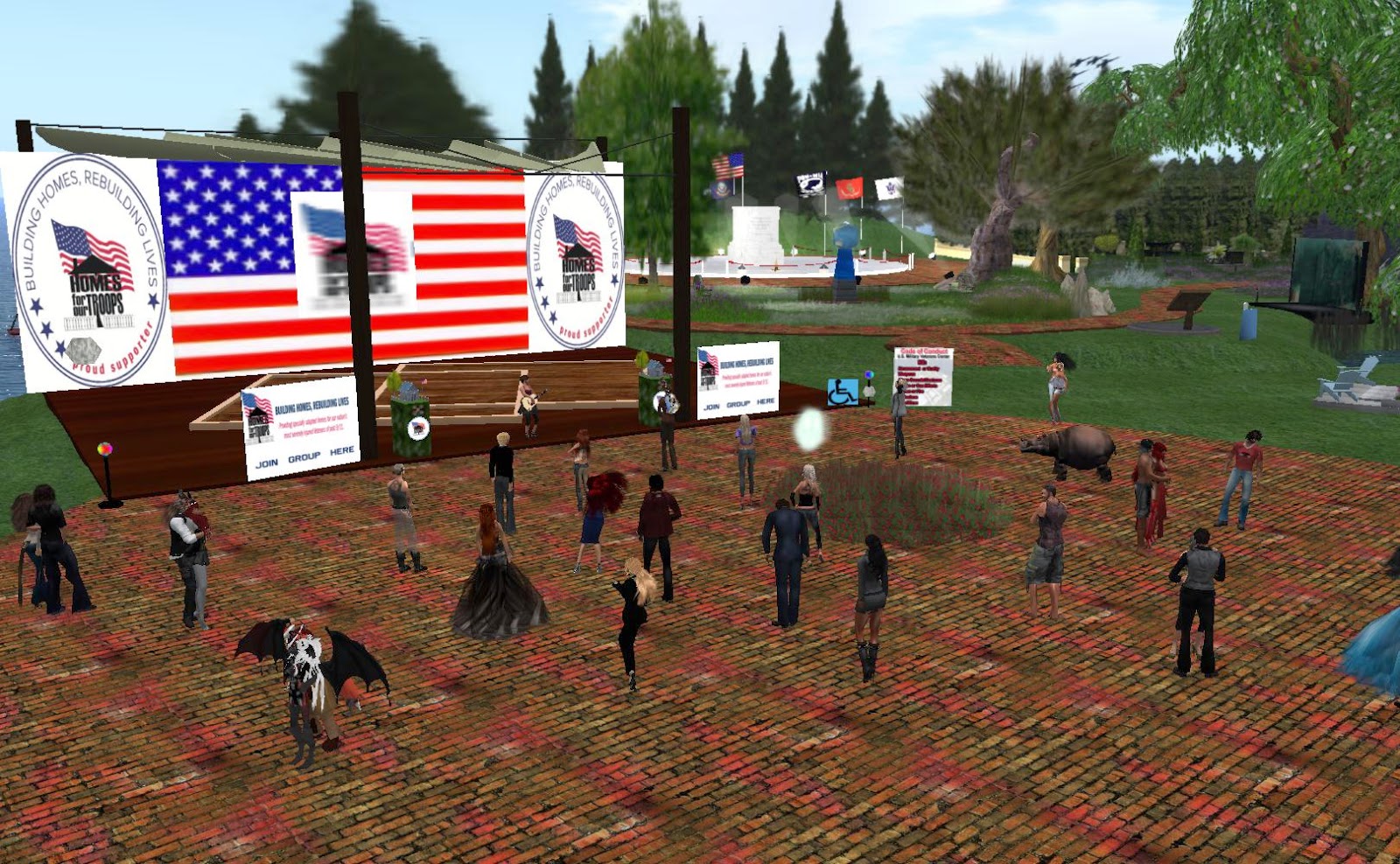 On Sunday at 5PM SL time, Veterans isle began hosting a benefit for the Homes For Our Troops charity. Frets Nirvana helped to organize the event, as well as being one of the musicians for it.

Tonight, Sunday January 25 we will be kicking off our 2015 benefit efforts for Homes for Our Troops. And once again we have a great lineup of artists who continue to help with this effort. It all starts at 5 PM SLT and you will surely enjoy the music! 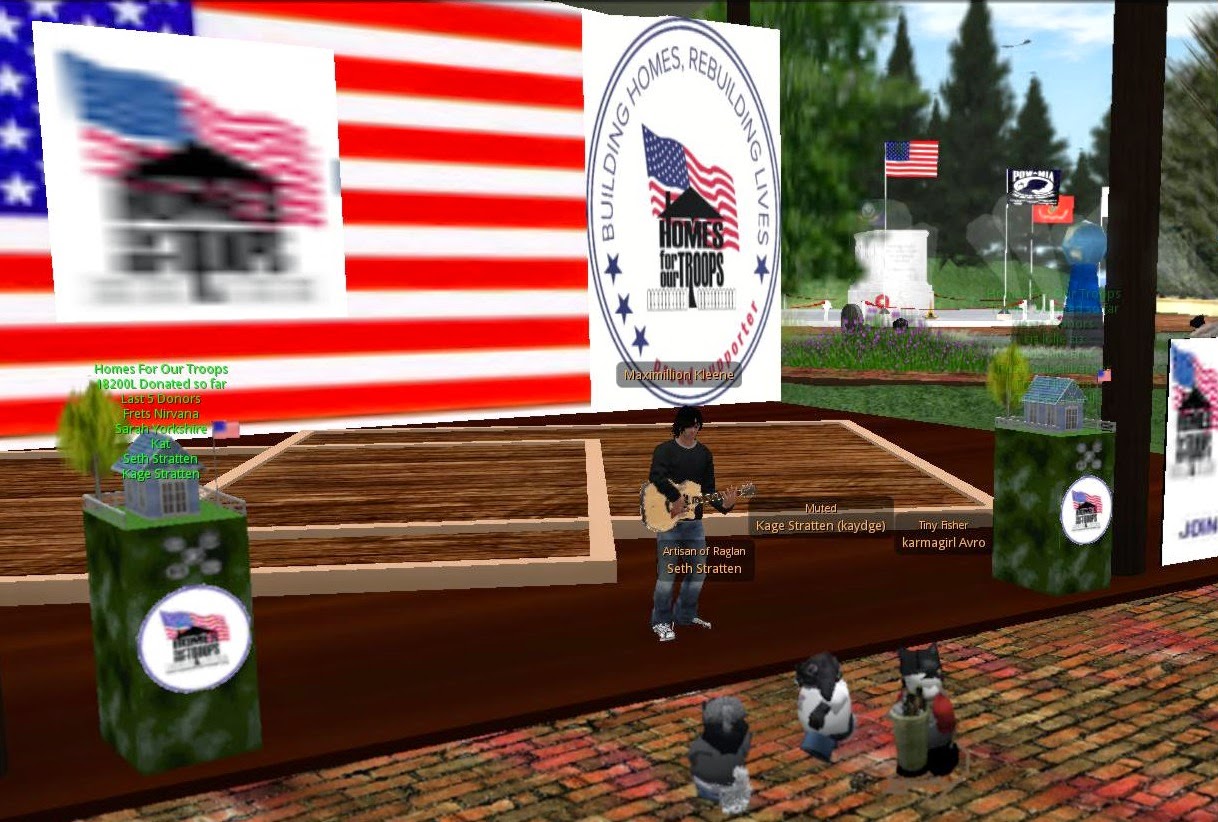 Max Kleene started things off at the event's beginning. He had a small group of tinies listening to him right next to the stage away from the group on the dance floor. It's unclear whether or not they just happened to come by or were a tiny fan club of his. Shannon Oherlihy was next to perform on stage at 6PM, strumming her guitar. Twinghost Ronas, originally scheduled to be last, performed at 7PM for the crowd. Last was Frets Nirvana himself, capping the event at 8PM SL time to about 9PM, about Midnight EST. 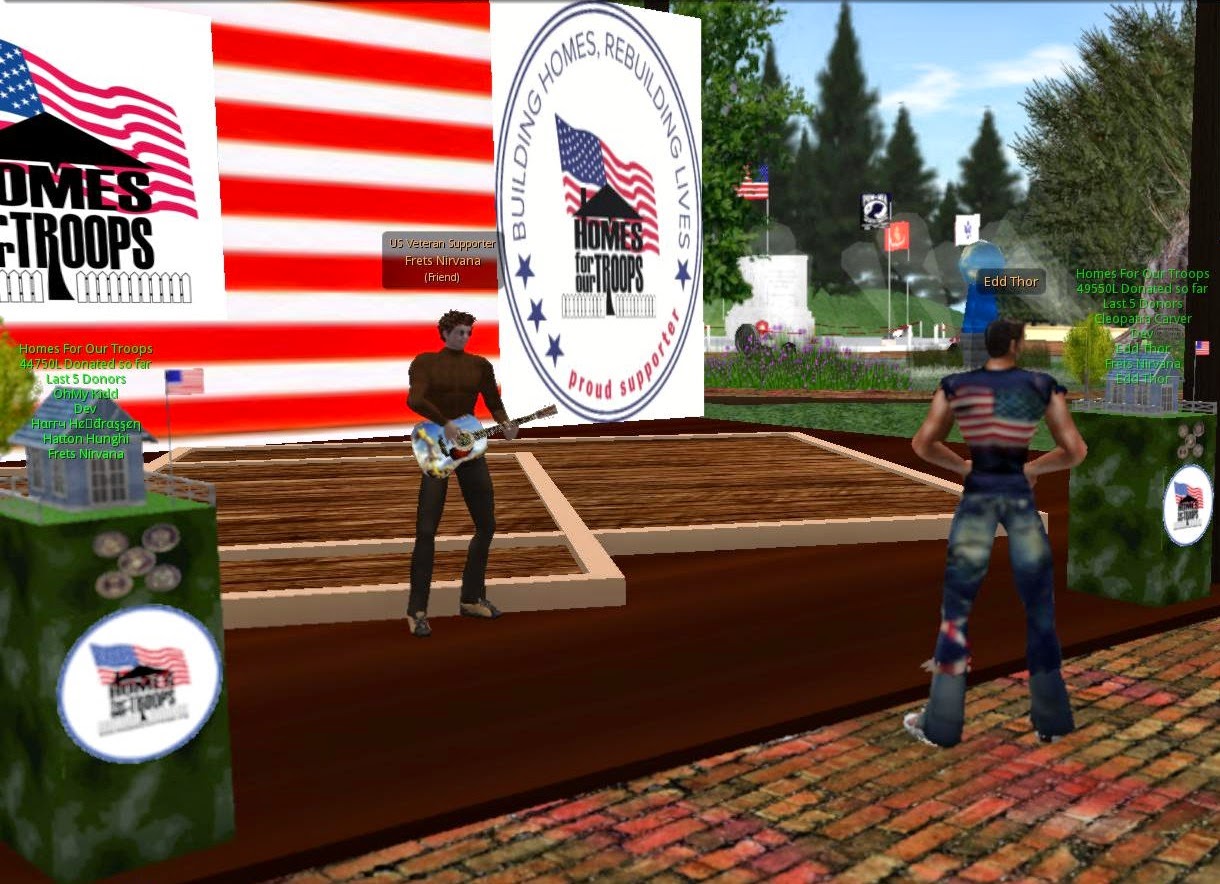 By the time Frets came on stage, the total donated had reached about 90,000 Linden dollars. Frets encouraged the crowd to give still more. By 8:30 PM, the total had risen to 95,000 Lindens. The Lindens kept coming in, and by the end, 113,000 Lindens had been raised for the Homes For Our Troops charity.

Homes For Our Troops describes themselves as, "a privately funded, nonprofit organization building specially adapted, mortgage-free homes nationwide for the most severely injured Veterans from Iraq and Afghanistan. Most of these Veterans have sustained life-altering  injuries including multiple amputations, partial or full paralysis, or severe traumatic brain injury (TBI).  These homes restore some of the freedom and independence our Veterans sacrificed defending ours, and enable them to focus on their family, recovery, and rebuilding their lives. Since its inception in 2004, over 90 percent of donations to Homes for Our Troops has gone to directly support Veterans. " More can be read on their official website: https://www.hfotusa.org/ .