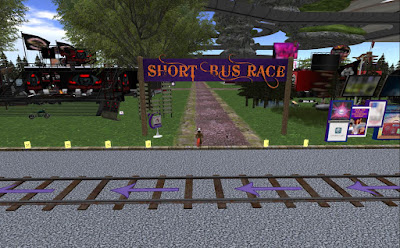 While most of the Relay sims are closed to all but designated builders, several of the southernmost ones are open, at least to Relayers, in an event called "Relay Goes MC" or the "Five Days of Relay." 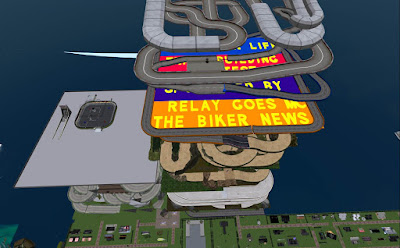 There are a number of smaller events going on, such as music parties, bike auctions, and a racetrack building contest. The entries have been placed in two stacks, one going over 1200 meters in the air! 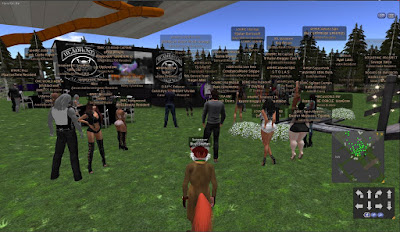