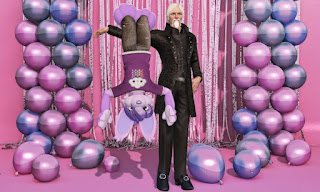 "Meet The Lindens" continues today, with Oz and April Linden.


ABOUT OZ LINDEN
Senior Director, Second Life Engineering
Prior to joining Second Life, Oz spent many years developing all sorts of networking code -- eventually including contributions to the development of HTTP and from there to open source SIP (voice over IP). Internet Telephony turned into something of a corporate nightmare, so he looked around for something more fun. A friend who was working at the Lab recruited Oz to help with the open source program. Since he had already played a little with Second Life, he thought that it certainly met the "fun" criteria but he had no idea just how much fun. Nine years later, Oz is responsible for Second Life Engineering and having the time of his life. He is proud to be working on a product that means so much to so many people.

ABOUT APRIL LINDEN
Systems Engineering Manager, Operations
Before joining the dark side and going into management, April was an operations engineer herself for over 20 years. It’s the operations team that handles the care and feeding of the computers that power Second Life.
April has been a Resident of Second Life since 2006, and a Linden since 2013. She adores Second Life and the power that it has to change lives by providing people a safe place to explore themselves, and giving them the courage to change their lives in positive ways.