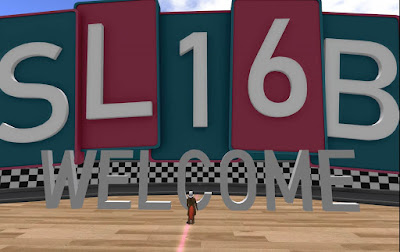 After months of anticipation and weeks of preparing, the Second Life Sixteenth Birthday celebrations start today. Beginning at 10AM today, the grounds of the SL16B will be open to the public. The official welcome areas are at SL16B Pizzazz (129/244/23) amd at SL16B Impressive (127/7/23), But one can drop in anywhere in the sims 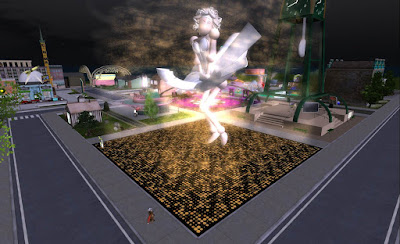 Many of the exhibits are a fun look at the 1950s, the era Linden Lab takes a nod at with the "Sweet Sixteen" theme. 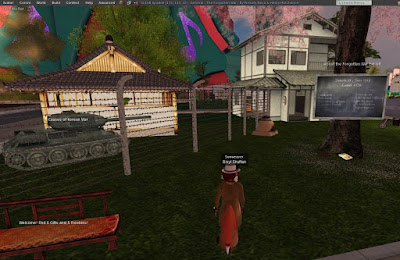 But the 50s weren't all fun and games. "The Forgotten War" exhibit by Prokofy Neva and Henry Hutchence looks at the Korean War, in which over thirty thousand Americans met their end, at SL16B Sparkle (175/112/23). 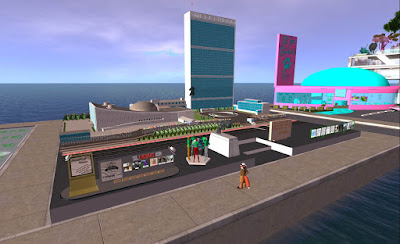 And among the exhibits there are those by the Second Life Newser. Once again, Silvia Ametza has volunteered her time and talent, and came up with this scale build of the United Nations Headquarters building in New York City. Completed in 1952, it's been the meeting place of the organization that makes up most every nation. Considering Second Life's international userbase, it's a fitting exhibit.
SL16B Sparkle (153/36/24).

To keep up with the goings-on, there is a Calendar of Events.

Have a happy Second Life Birthday.
Posted by Bixyl Shuftan at 6:02 AM