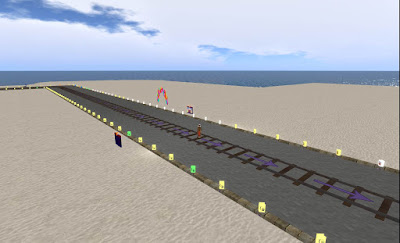 "All good things must come to an end." And so must the Relay Weekend track and it's camps. While the Fantasy Faire has risen in it's own right over the years, nothing has replaced the annual gathering of the Relay teams in a building of campsites and walking together, and raising funds

Sadly, we have to say goodbye to 2019 Relay Season. The sims will stay up until Thurs.  After that, all items left will go into the mystic with the sims. So please clean up before then. Thank you all for the most amazing Relay Season! We are here all season if you need anything! Stay tuned for awards notices and wrap up info too! 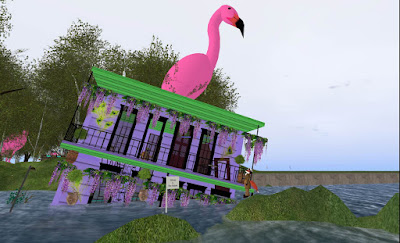 While a few builds had been taken down in the few days following the Relay Weekend, most stayed up until the Flood Party on Wednesday afternoon. After that, people started The Takedown. But not everything went down right away. In one case, a building was left half-sunken in the water. 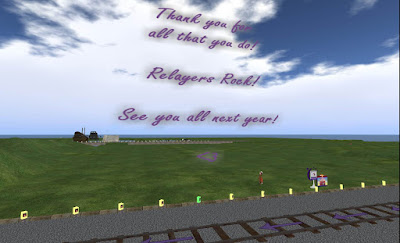 A few teams, once taking down their camps, left a final message. 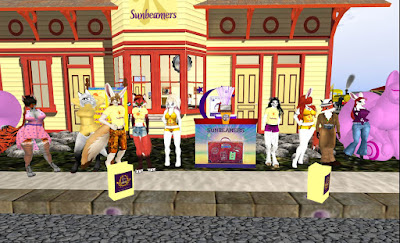 Team Sunbeamers would meet up one last time at the camp for a few team pictures. With over 400,000 Lindens raised and a campsite trophy under it's belt, it's been a good year for the team. But it might not be over yet. Word has it someone sent a large donation by mail to the RFL in SL in the team's name that once it clears will put the team well over 500,000, and Jade level status. 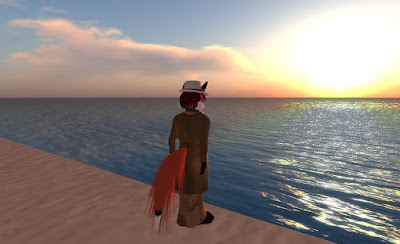 And so, the sun sets on another great Relay Weekend event. But the season's not over yet. A few teams have one more event. The season finally concludes on June 23 at 10AM with the "Relay Wrap-Up," in which the final awards for the year are given out. But the struggle against cancer won't stop until next year. In October is the "Making Strides" event that raises funds for breast cancer. And in December is the RFL spinoff event, the Christmas Expo.

For those wanting more pictures, you can check out