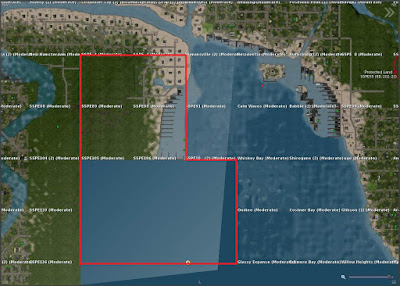 For those whom have been anxiously awaiting the next batch of Linden homes, your wait  may soon be over. Ten new sims have been added to the Bellisseria continent, six of which hadn't appeared on the map yet as of the writing of this article. 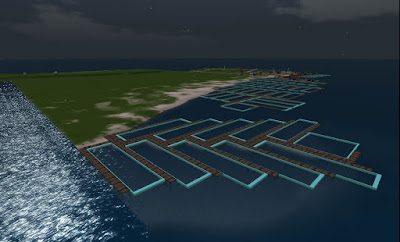 Even though the lower six weren't visible on the map yet, they were visible and accessible in-avatar, including some dock areas for houseboats. 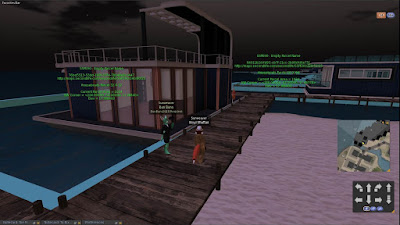 In the four sims that were visible on the map, there were some houseboats set up, though not quite ready to be claimed. 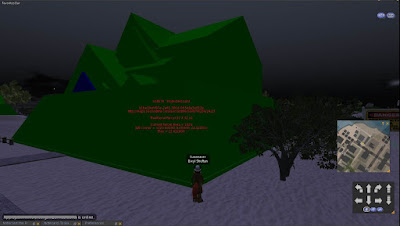 Some places for land-based Linden Homes had what looked like Monopoly house tokens. Perhaps these were to mark where real homes were to go. 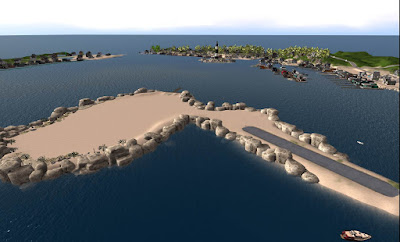 That's not all that's appeared in the Costner Bay and Whiskey Bay sims, there's an island with an airstrip and a pier. The airstrip is at Costner Bay (118/82/23). The pier is at Whiskey Bay (173/11/23). Like six of the sims, it wasn't yet on the map when this story was being written.

When some houseboat Linden Homes were released last month, the 709 houses were snapped up in just 27 minutes. Since then however, Linden Lab has announced the price of Premium accounts, which are necessary to claim a Linden Home, will go up significantly later this month. It will be interesting to see how much of an effect the price hike has on how fast the homes are claimed.

Addition: As of 10 AM SL time, the remainder of the new sims have appeared on the map, but not the island yet.