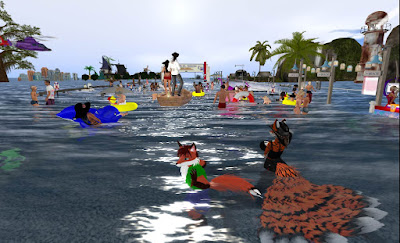 At 5PM SL time, Wednesday June 12, there came a yearly tradition that began by accident in 2010, and has since become a last call for fun each year at the Relay track: the "Flood Party." While it's sometimes called other names, this year the "Sink the Sims Party," it still holds onto it's unofficial name year after year. 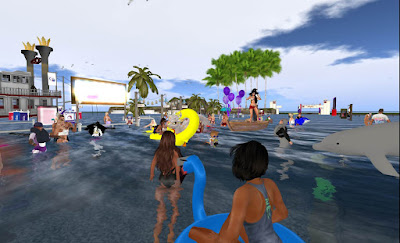 Once last lap, one last chance to see RFL and then we watch it sink @ The Annual SINK THE SIMS Party

Starting at 5pm All Aboard For A Cure will sink into the sea leaving us with Memories and the satisiaction of a a Job Well Done!

Join RelayRadio at RFL Research or on The Track for one last Party ! 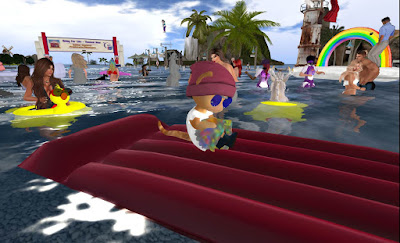 Taking place onto the bridge that separated the "Five Days of Relay" sims to it's east to other sims to the west, the water slowly crept up, and for the tinies there, it was time to get a floatie, or hold their breath. 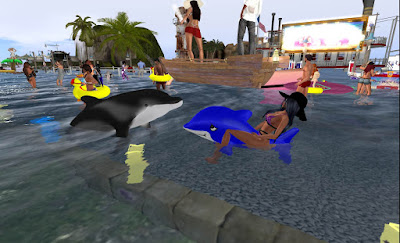 People laughed, joked, and swam. There were also a few aquatic avatars that joined in the fun. 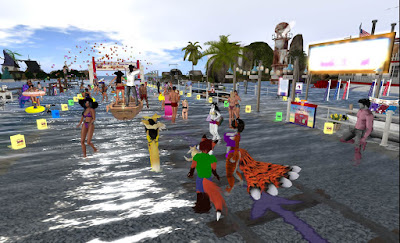 But it wasn't long before the water began to recede, and the Flood Party was soon over.

Although the camps didn't need to be cleaned up until the day after, some people began picking up theirs right after the party. Others left them up, giving Relay fans a chance to see one last look at them.

Today is the Takedown at the Relay track sims, and by tonight, the camps will be gone.