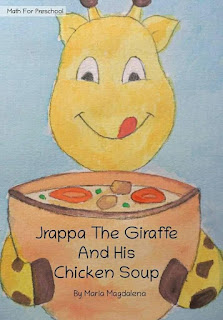 Marcel Mosswood is known in Second Life as an artist, as well as an accomplished reporter for the Second Life Newser. But one can now add real-life author as part of her accomplishments. On Facebook yesterday, she announced she had finished writing, and illustrating, a children's story, "Jrappa The Giraffe And His Chicken Soup." The book was written under her real-life name.

It's done! My children book in RL! YAY!!

Written and illustrated by me. It's a story about a giraffe who would like to cook chicken soup, but it is not only a story, I put math learning between the story.

I hope children will be more like to learn math with this book.

Two other writers for the Newser, Grease Coakes and Nydia Tungsten, have also written books in real life, and went on to publish them.