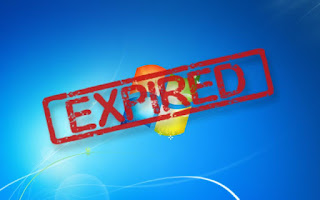 Next week marks the end of a chapter for users of PCs. On Tuesday January 14, Microsoft will no longer support the use of Windows 7. On Thursday, Linden Lab had a reminder that for anyone who hadn't upgraded their operating system, time was running out. They would also be changing the system requirements to run Second Life.

Microsoft is discontinuing support for Windows 7 on January 14th. This means that it will no longer get updates, including security patches. Therefore, running Windows 7 will become increasingly insecure as new vulnerabilities are discovered and not patched.

Accordingly, Linden Lab is updating our system requirements to remove Windows 7 from the versions we support. This does not mean that Second Life will stop working on Windows 7 immediately; existing viewers, and possibly some new viewers, should run as well as they did before. However, we will not be testing any viewers on Windows 7, so it is likely that compatibility problems will develop and increase over time. In addition, we will not attempt to fix any problems which occur only on unsupported operating systems (if a bug is reported against an unsupported system, we usually try to reproduce it on one that is supported; if we can't, we don't investigate further or attempt to fix it).

In order to keep your Second Life experience as reliable and secure as possible, we strongly recommend using only supported versions and keeping them updated with the latest vendor patches.

Windows 7 has been among the more popular versions of Windows, to the point many kept on using it after 8 and 10 came out. Windows 10 has had some problems in it's first few years. But ready or not, the old OS is going away, and the alternatives to upgrading to 10 are few and not for everyone.

image source: Imagit
Posted by Bixyl Shuftan at 6:02 AM