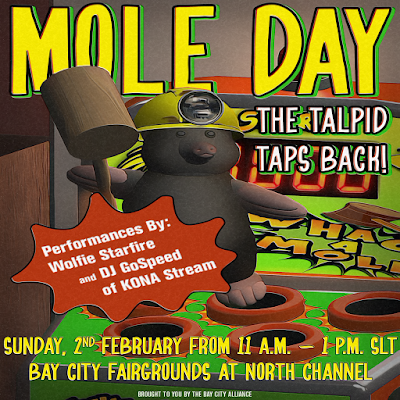 Mole Day was initially honored in 2010 by Residents of Bay City, but happily welcomes all who appreciate the work the Moles have done to make the Second Life™ Grid better.

it is likely that Moles, as well as Lindens who work with them, will be in attendance. It is, of course, the belief that if a Mole sees their shadow at Mole Day, then they happen to have advanced light as well as shadows enabled in their viewer.