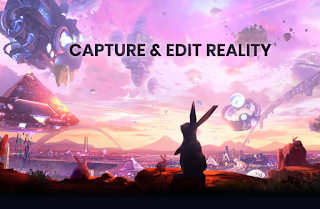 It's been about two weeks since Xiola Linden departed Linden Lab. According to New World Notes, already she's been hired. She's now at Ubiquity6, a startup tech company focusing on mixed reality.

Xiola told Hamlet Au she saw similarities between Linden Lab and the new startup,  "'Fun, energized, whip-smart, kind, thoughtful, and very diverse. That is something that was so important to me in my previous role, and I did not expect to find that kind of culture anywhere else -- I got lucky to have lightning strike twice in that regard. It's exciting to make new friends who are so enthusiastic about the incredible possibilities and potential of really compelling projects."

Uniquity6 has one product available: display.land , which it calls "a new digital canvas for creativity and shared experiences." How much we'll be hearing from them  in the future, hard to say. But Xiola's presence can only help them.