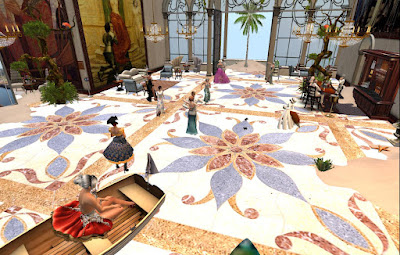 On Saturday December 4, the Confederation of Democratic Simulators held their Inaugural Ball. The event was to honor the new Chancellor and Representative Assembly for their 36th term. The theme was "Cruising the Canal," and the ballroom had some sand brought in, as well as DJ Calli playing some beach music. The event went from 12 Noon to 2 PM.