In the Golden Age of Second Life over ten years ago, the virtual world was frequently mentioned in mainstream real-life news. These days, not so much. So it was interesting when in the past few weeks it was mentioned not once but twice. 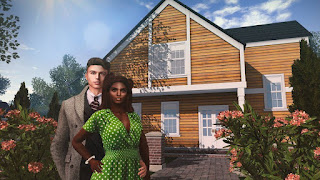 In BBC News, Joe Tindy wrote an article "Lessons From Second Life," in which he described himself as a user of the virtual world a decade ago, then forgot about it. He was surprised to find out not only was it still around, but had a dedicated userbase. So he checked it out once more. He ran across someone, who didn't like the idea of Facebook getting into virtual worlds, "The entry of a slightly oversized and outsized player into the space seems to signal to people that they are not the owners of it, that someone else is going to be setting the rules and kind of running the show and they will just be the consumers."

In a Time Magazine article by Andrew Chow, that appeared in Yahoo news, "6 Lessons on the Future of the Metaverse From the Creator of Second Life," he compared Facebook's move to the predictions around 2006-2007 that Second Life would be the future of the Internet, which didn't turn out that way. He also felt there were lessons to be learned. (1) "People will stay in virtual worlds, even without an explicit mission." Or as Philip Rosedale was quoted, "the reason why tens of millions of people tried it out was the promise of the ability to be creative and expressive in a realistic, lifelike domain."(2) "People will spend money on digital goods—but very few creators will actually make a living." Tom Boellstorff, an anthropologist whom wrote a book after spending two years in Second Life, compared it to Youtube in which most who used it just browsed, and many of those who do create content, "sort of informally make stuff that they don’t sell to make money."

(3) "Ease of use and technological challenges remain a huge roadblock for mass adoption." Rosedale was quoted, "people don’t want to be a cartoon avatar while wearing a VR headset ... It’s really stressful for people to do that, and most of them won’t.” (4) "Virtual worlds might always struggle to appeal to certain demographics." Rosdale commented that those whom were young, healthy, and had active social lives in free urban environments were going to find virtual worlds less appealing than those with little social contact, disabled, and lived in places they felt they couldn't speak their minds. (5) "Identity is tricky, and so is rule-making." Second Life has had a largely hands-off approach to one's identity in the virtual world, compared to Facebook which encourages people to use their real-life identities. (6) "The metaverse doesn’t need to be ubiquitous. In fact, it shouldn’t be." Boellstorff commented that the hype going on in Second Life's golden age was part of Silicon Valley's business model of attracting big money by presenting oneself as so big, they would change the world as we know it. Still, that Second Life is not just existing but has a healthy community shows there's still a good demand for virtual worlds, “Allowing somebody to be really expressive and creative in an environment that’s lifelike is an incredibly powerful offering. I think that’s why we all tried Second Life,” Rosedale was quoted, “And I think that we will eventually get there—but it’s still a long road because the difficulty of it is considerable.