People of The Year Runner-Up: The Departed

Sadly, among the things 2021 will be the most known for by the Newser is how many people who passed away. A number of residents, and one noteable Linden, would have their last goodbye this past year, leaving behind various records of accomplishments and sad friends and admirers. 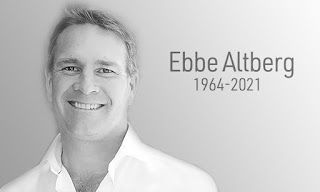 The most prominent of these people was Ebbe Altberg, aka Ebbe Linden, Linden Lab's CEO. Never before had someone at the top of the Lab died while at the helm, and the news was a big shock to everyone. While he hadn't appeared inworld for a while and was making fewer statements, few if anyone thought much of it until the announcement. His death just before the SL18B cast a cloud over the celebration, and with the statue of him at the event, his memory was never far away. Under his watch, Second Life would halt it's long slow decline and start to grow again, in addition to numerous technical improvements. Linden Lab never did announce the cause of death, but it was confirmed to have been cancer, a disease Ebbe helped the effort against with his support of the Relay for Life. 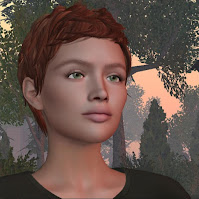 Another whom had an impact on Second Life as a whole was Avi Arrow. She ran the Ivory Tower of Prims, where residents could learn how to build and script at their own pace. She passed in October, leaving the Ivory Tower in the hands of Marcov Carter and Kenny Luckless. Robin Sojourner (Robin Wood) , whom had connections with both Bay City and the Ivory Tower, died in April from cancer. Delightful Doowangle, known in real life as Barbara Truman, whom was with the Virtual Worlds Best Practices in Education and a winner of the Thinkerer Award, passed in July. Dahlea Milena was one of the volunteers at Veterans Isle, which hosted a community of vets and held monthly benefit concerts to raise money to help wounded veterans keep roofs over their heads. She died in December, possibly from cancer.

The Sunweaver community would say goodbye to two noted women. Jessicabelle Dayafter, years ago noted for being a crack pilot in a combat RP who rose through the ranks, as well as designing her own aircraft, later on would pose for pictures and appear in music videos, died of Covid-19 on late August/early September. Alleara Snoodle was a woman of many talents whom had connections to both the Sunweaver and Chilbo community, earlier in SL history appearing on the Metanomics show was also known as a brilliant builder and scriptor. As time went on, she preferred to work more behind the scenes, and like Jessicabelle appearing in Nydia Tungsten's music videos. Her passing in late November is also believed to be from Covid. Curzan Markn was an occasional visitor to the beach clubs, but he had a devoted following of friends and family. He died in December from a heart attack.

The retirement of two Lindens from the Lab, Oz Linden and April Linden, was greeted with sadness by some. But they could always still reappear as regular residents. Sadly for people like Robin and Alleara, there will be no return.

Nominated by readers was Aeonix Aeon (Will Burns), and the Relay for Life volunteers.