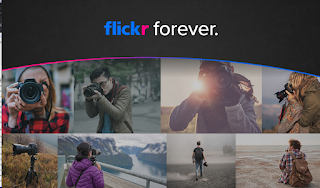 A number of Second Life residents, notably content creators, have plenty of images on the Flickr photo service. So some may be affected by a couple changes last week, announced in the Flickr blog.

Today we’re announcing some upcoming changes to our Terms of Service that will help us continue to preserve the art, expression, history, stories, and memories of all Flickr members for the next hundred years. These changes fall into two distinct buckets, and will affect Flickr free members.

The first change is that adult images, or "restricted or moderate content," will be limited to paid accounts, or Flickr Pro members. And those with free accounts can no longer upload them without risk of deletion. "Moderate" is defined as partial nudity, such as bare breasts and bottoms. "Restricted" is defined as full-frontal nudity and sexual acts. It's up to users to label pictures as such. If a Flickr moderator finds a picture they see as incorrectly labeled, an account 's rating may be changed so it's not defined as safe.

The second change has to deal with pictures that can't be seen by just anyone, but are restricted in who can view them, or "non-public photos." Flickr is now limiting free accounts to fifty pictures with restrictions on who can see them. Those who have more without upgrading to a paid account risk having pictures deleted.

We love being entrusted with your photos—but we love seeing them get discovered, added to groups, and submitted to photo competitions even more. We’d never turn you away if you just want a safe place to store a lifetime’s worth of images, you’ll just need a Pro membership to do so.