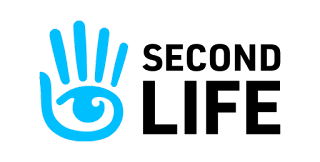 Yesterday on February 28, Linden Lab announced it would begin charging Second Life's residents in the US sales taxes. The Lab stated they had been paying the costs of what residents would otherwise owe for the past few years but "are no longer able to absorb them."

Ever since Second Life’s inception two decades ago we have seen many local, state and federal governments impose new ways to collect tax revenue from internet-based businesses. The Wayfair Sales Tax case decision by the Supreme Court was when prior rules about sales tax really changed.  Since then, we have done our best to shield our residents from these taxes as long as possible, but we are no longer able to absorb them.

As of March 31, 2022 we will begin charging sales tax in the U.S. For the time being we will charge taxes only on recurring billings, such as premium subscriptions and land fees. The amount of tax charged will be communicated clearly in the receipt or invoice.

We will continue to absorb the taxes at point-of-sale purchases such as one-time L$ buys, first-time premium subscriptions, and name changes. At some point in the future we will need to begin passing those taxes on to you. We will make another announcement when those charges are phased in.

Your individual charges will be determined by your local jurisdictions. There are more than 13,000 sales and use tax jurisdictions in the United States, with great variation in their rules and tax rates. Tax amounts are also affected by other factors such as the type of goods or services being purchased. To determine the charges, we will be relying on an automated third-party system which closely tracks local tax laws, so the tax amounts are always up to date.

This is news we don’t enjoy sharing, but for the health of the business and of Second Life, we can no longer continue absorbing these tax burdens.

As stated, the Lab won't start charging until the end of the month, and will charge taxes "only on recurring billings." This means Premium accounts and sim tier. For now, things like name-change fees, Marketplace transactions, "first-time premium subscriptions," inworld purchases, and of course the buying of Linden dollars, won't be affected by taxes. But the Lab is saying " At some point in the future" they will begin passing down tax charges on those as well. The Lab will be using "an automated third-party system which closely tracks local tax laws" to determine how much tax a resident owes.

It was the South Dakota vs Wayfair case (of which Overstock.com and Newegg were also involved) in 2018 that allowed states to tax Internet transactions. It's unknown when states in the US first started telling Linden Lab they were owed money. But it is probable that the increase of Second Life's number of active residents in the Covid Pandemic put the Lab in a better position to absorb the costs. And lately, the number of new Covid cases has been plummeting.

In the official forums, response was somewhat muted, European residents saying they had been paying a Value Added Tax (VAT) on purchases for years, one saying, "I like our VAT system. We all pay in and we all get something back in return ..." Some were of mixed views, "This is neither surprising nor unfair, as European users well know. It does, however, perhaps represent a step backwards for the efforts to reduce the role of land cost in the SL economy." And some groaned, "They use this excuse to raise prices. Not so strange with the roaring inflation. But I guess they will use the inflation excuse for another raise later in the year."

In any event, while we've sometimes thought of Linden Lab's fees as taxes on our virtual experinces, real taxes are now coming to Second Life.

To check out the blog entry in full, Click Here.

Posted by Bixyl Shuftan at 2:44 PM