Election Day: Get Out and Vote

For those living in the United States, it’s that time of year. No, I don’t mean hit the 50% off Halloween costumes sales, but Election Day. 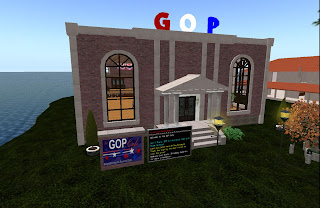 Two years ago, the 2008 Presidential Election had a number of residents on Election Day, Democrat and Republican, waiting in political themed sims with anxious hopes until the Democratic candidate Obama was declared the winner. Today, the Congressional elections have taken on an unusual amount of interest as some are predicting a historical turnover as a revitalized Republican Party is poised to retake the majority of seats in the House of Representatives, and possibly the Senate.

Not much is predictable, though. A number of races are too close to call, and the Democrats have been making a last-minute push for votes. It is still potentially up for grabs.

So “Get off your tail and vote.” 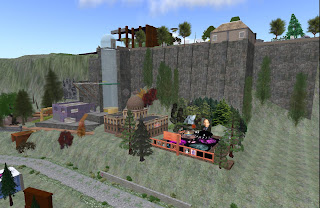 After you vote, one can hang out at one of the political sims to discuss the election returns in the news. Among the places Democrats can hang out is at Cafe Wellstone in Pini (55, 95, 46). Republicans have the GOP Cafe at the Grand Old Party sim at (217, 73, 27). Although those with opposing views can drop by for reasonable dialogue, those seen as troublemakers will be ejected faster than one can say “gerrymander.”