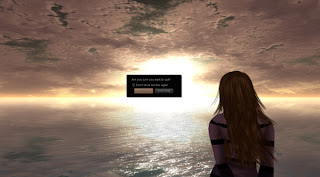 There was some sad but not unexpected news for fans of the Kristen third-party viewer this week. The effort to raise funds for further development fell short of it’s target. On the Kristen Blog, the developer announced the news, and stated he would be refunding what cash was raised to those who donated.

The Kristen Viewer was one of the more popular third-party viewers, but earlier this year the real-life partner of developer KristenLee Cinquetti (Lee Quick in real life) fell ill, and KristenLee announced in September development would be ending so he could take on additional employment in order to support her. But friends of his suggested a fundraiser, so he decided to do so through a British fundraising website “Crowdfunder,” offering to work on the viewer full time if 25,000 Pounds (about 40,000 US Dollars) were raised within two months.

Initially, the effort was successful, eight percent raised in a day. But then the cash flow began to slow. By the time the two months were over, only 28% of the goal had been met, with just over 130 people contributing cash. As promised, he would be giving them their money back.

Efforts to fund Second Life development have succeeded before. Also in October, New World Notes reported mesh developer Maxwell Graf started a fundraiser for cash to pay the former Qarl Linden (Karl Stiefvater) $5400 US dollars to fix some mesh issues. In less than three weeks, the target was reached. With 25,000 Pounds a much higher amount, Hamlet Au stated he had suggested to KristenLee smaller amounts of 6,250 Pounds for three months work. But KristenLee reportedly answered, "The big issue is then, every 3 months, I have to come cap in hand to justify another round of funding."

Hamlet Au thought the big reason for the failure to meet the fundraising goal was that too many people had become used to getting goods for free, or what they thought was for free. Kristen reportedly stated, "People don't see the connection between free software and paying developers. Even free software is not entirely free." And noted in his blog in the final week, 217 people had downloaded his viewer, “I do wonder if the 217 people who downloaded the old client last week from sourceforge ever decided to fund.. we will never know.”

It should also be noted that the economy, in the United States, Britian, and elsewhere, has been rather poor. Although officially in the US unemployment is about 9%, the official rates do not count those whom have given up looking. “Real” unemployment is believed to be in the teens. And even those employed struggle to pay their bills. While Kristen still might not have met his goals in better times, it’s a good bet more people would have been willing to part with some money, and in larger amounts.

In any event, KristenLee/Lee Quick, has found real life employment as an engineer, starting in the new year.

“Warmest Regards and wishing you all a wonderful Christmas and a prosperous New Year.” - (KirstenLee Cinquetti) aka Lee