Rod Humble’s 2012 Outlook: Better NPCs for the Grid, Linden Labs to Launch “Products Next Year Not Related to Second Life” 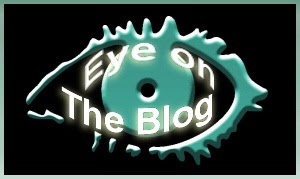 In the latest Linden Blog post, Rod Humble looked back at what he considered Linden Labs best accomplishments for 2011, and had some announcements for what lay ahead in 2012.

Most of what Humble had to say was about noted accomplishments of Linden Lab. Considering his roots in the gaming industry, it was perhaps no surprise the first he mentioned was the making and launching of “Linden Realms, the Lab's first-ever game prototype.” For new residents, it was a chance to earn a few Lindens. For the Lab, Humble called it a way for the Lab to “learn more about what tools Residents could use to develop richer experiences in Second Life — and boy, did we learn a lot!” Humble states Linden Realms would continue to be worked on, with new tools released. There would be one catch: “to prevent abuse of these tools,” only “verified members” would have access to them.

Rod Humble also mentioned the development of Mesh, which he claimed had “more than a 16 percent adoption rate.” He stated he expected for it to continue at a strong pace (though many residents would probably be highly skeptical of this claim). He also talked about new versions of the official Viewer, which included features for newcomers, and the increase in Premium account benefits, notably Linden Homes. He told readers to expect additional “features and content” for Premium members.

For 2012, Humble stated “the primary engineering focus of” the first quarter “will be server side performance and fixing bugs. In fact, you may have noticed one upgrade deployed this week which should reduce the number of restarts and increase performance for all regions.” My observation for the latter is that it hasn’t. He also promised that land tiers would not increase in 2012. He went on to state, “For creators our first new feature for 2012 will be pathfinding,” what the Lab calls it’s new artificial intelligence programs for “artificial life and artificial people,” one example being NPCs for game areas.

The last thing Rod Humble stated was especially interesting: “we will be launching some completely different products next year not related to Second Life.” In short, Linden Labs will no longer have Second Life as it’s only product. This is not unexpected as Second Life is currently Linden Lab’s sole source of income, and open-ended virtual worlds haven’t really caught on with the public.

The question is, what will this mean for Second Life? Hamlet Au wrote this was Linden Lab’s best chance to stay profitable, predicting land sales would eventually crash, and with it the Linden’s source of money. “... a successful second or third product besides Second Life would help keep SL alive, since it can then be cross-promoted to this large new audience, while new revenue sources can help finance whatever changes are needed to keep SL stable.”

Any1 Gynoid, however, had a more dismal prediction. This she felt was a sign Linden Labs was giving up on Second Life, and looking for greener pastures, planning to close it down once they found something more profitable. She advised people to head on to alternative virtual worlds like OpenSim.

My opinion is closer to Hamlet’s on this matter. Unlike him, I feel Second Life could easily survive as a niche product (as does Tateru Nino). Diversifying from a single product is good business sense, and doesn’t mean the doom of the original. Blizzard for instance is known for “World of Warcraft,” but continues to market It’s earlier games, Diablo and Starcraft. This might not be the best comparison as we have no idea how successful these other goods the Lab will offer may be. But it does illustrate just because someone’s new product hits the jackpot doesn’t mean they’ll abandon what was selling before.

My Second Life friends have expressed differing viewpoints about these alternative virtual worlds. A few have set up a place there, in one case a man wanting to set up a casino where it would be outside Linden Lab’s restriction. Others I’ve heard balk at the idea of moving there, saying the graphics there aren’t as good, the choice of appearances is poorer, and leaving friends behind.

On one last note, it’s been a year since Rod Humble became the CEO of Linden Lab. His appointment was greeted with cautious optimism then. A year later, although not all is well with the Grid, on the whole things are looking better than back them. His first year has been a success.