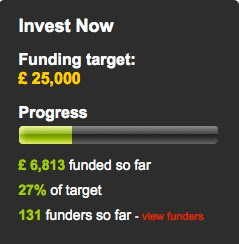 In October, the Kristen's Viewer Project's creator made an effort to fund continued research on the third-party viewer for a year through the British fundraising website "Crowdfunder." In about a week, the fundraiser may be canceled and further work on Kristen's Viewer suspended indefinitely.

So far, nearly seven thousand British pounds have been raised. While no small feat, it is only 27% of what's needed to fund KirstenLee's, Lee Quick in real life, expenses for a year as he would be working on the viewer instead of working for an employer.

Inara Pay managed to get in contact with Lee Quick, and asked if Crowdfunder offered to extend the time left would he keep going. Lee answered no, "No we won’t. If the target isn’t met the viewer will not return."

So for fans of the Viewer, next week will determine whether it continues to be developed, or ends up on the path to obsolescence once again.