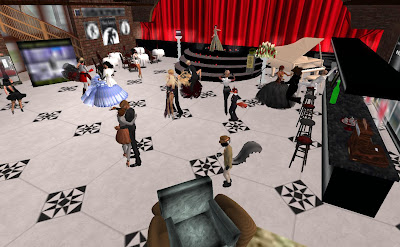 Covadonga Writer, a longtime friend of SL Newser and a coworker of some of the crew in the days of SL Newspaper, celebrated the five year anniversary of her partnership with Ruffian Offcourse with a party. The bash went on for two hours on Friday October 12th from 7 to 9PM SL time.

Happy Anniversary Cova
Posted by Bixyl Shuftan at 6:00 AM