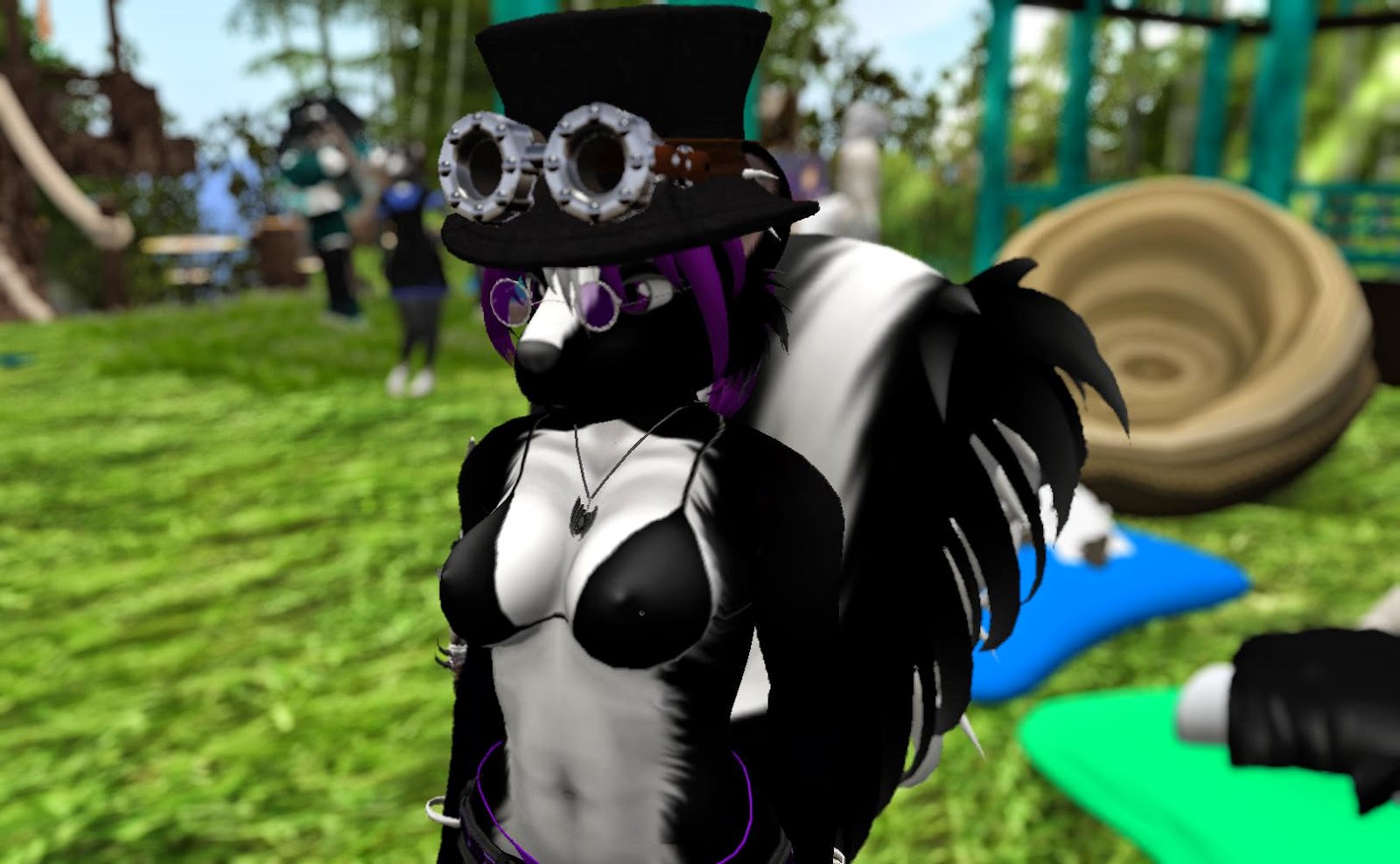 Before Second Life, Michi Lumin worked at the TV news program "ABC World News Tonight." Her work then was mostly behind the scenes. In a surprise move that she didn't expect, she was contacted by them, asking if she wanted to work for them again. This time in front of the camera.

"They were looking for an anchor, one of the people talking to the camera behind the desk, with some experience in technology. Well, they happened to be looking over information about Second Life, and found one of their former employees was among the founders of the oldest active community here. So they gave me a call, offering me the job. Quite a bit of a change from when I used to work there."

By all means, this doesn't mean that Michi will be leaving Second Life, "There may be some days when I'm not on as much, but I'm sticking around for sure."

Michi says she should have the chance to do parts of some stories from within Second Life, presumably as her skunkgirl avatar at Luskwood, much like National Public Radio used to from the Science School sim.

For the official statement from ABC News, Click Here.
Posted by Bixyl Shuftan at 6:05 AM