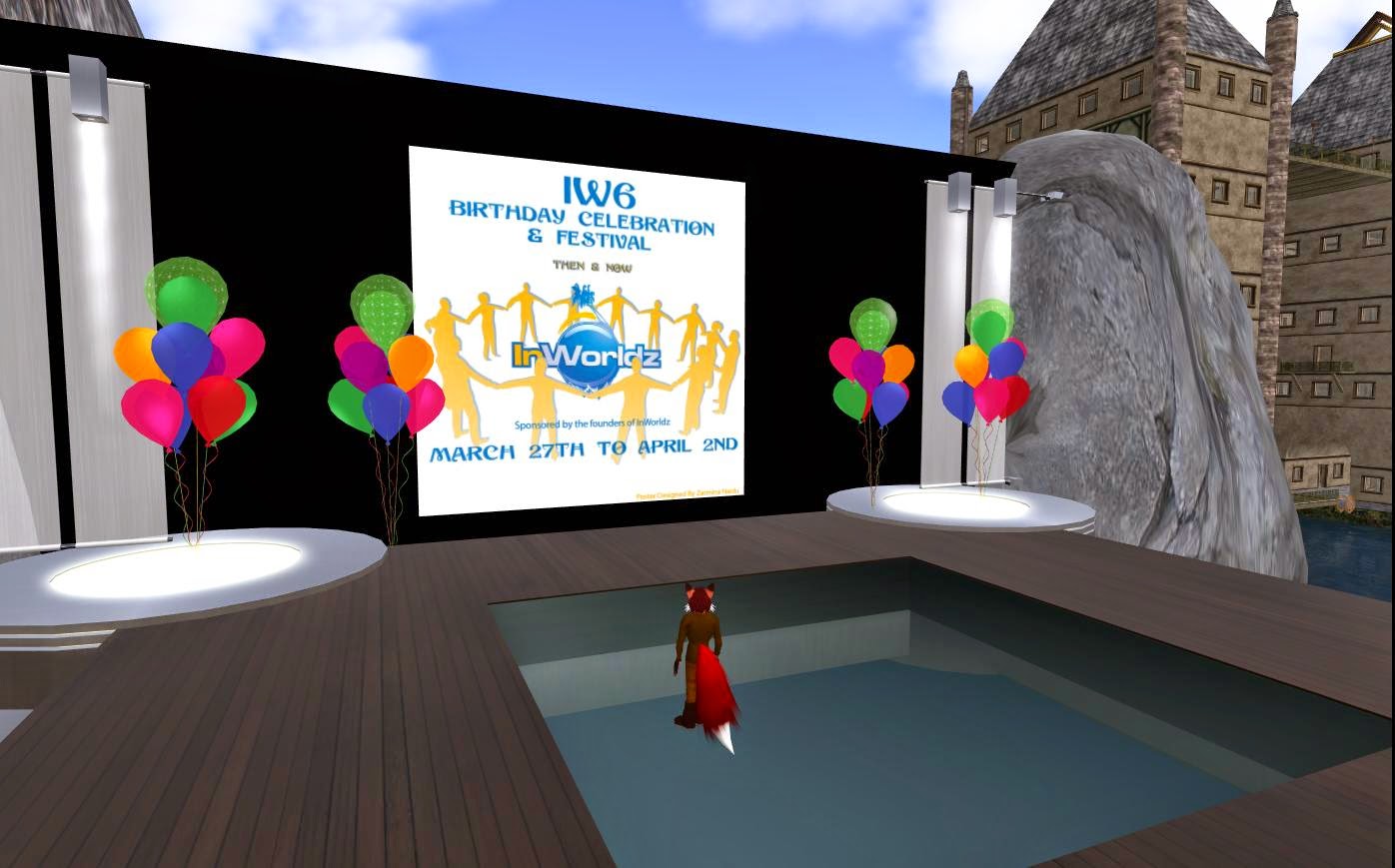 While Second Life was holding a number of April Fools parties, such as the one at Club Cutlass, The virtual world of InWorldz had officially turned six years old yesterday on April 1st. While much has continued to happen here, not much gets reported in the Newser as Second Life continues to be so active.

Today marks the final day for official events, the theme being "Then and Now", though the exhibits will remain for a few days longer.

One can find a map of the InWorldz sims involved: (here).
Posted by Bixyl Shuftan at 6:01 AM