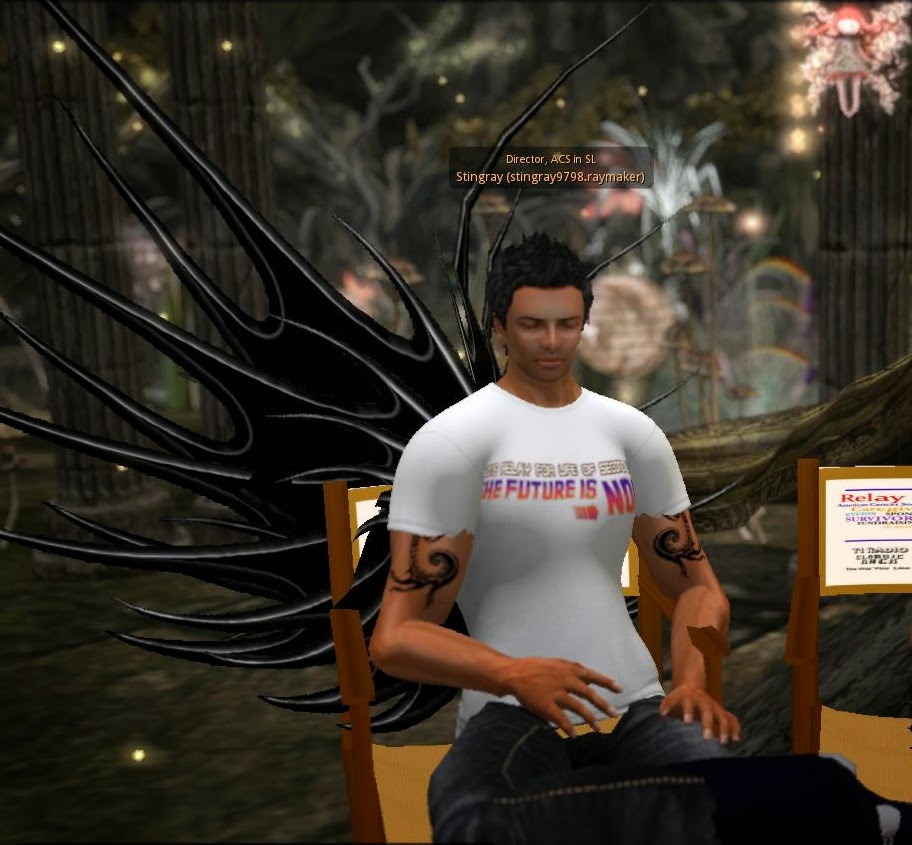 Many volunteers for the Relay for Life have done all kinds of stunts to raise funds for the effort, sometimes putting their dignity on the line. For Stingray Raymaker, he offered the person whom put the largest amount of Lindens in the Relay kiosk during Sunday's Relay Rap program the opportunity to give him an avatar makeover. So what happened? Stingray got much, much, more than he bargained for as he had to endure a "purr-fect" mess that was a "cat"astrophe for his pride.

See the segments of the group chatter and pictures of Stingray's look this week in People.
Posted by Bixyl Shuftan at 6:04 AM