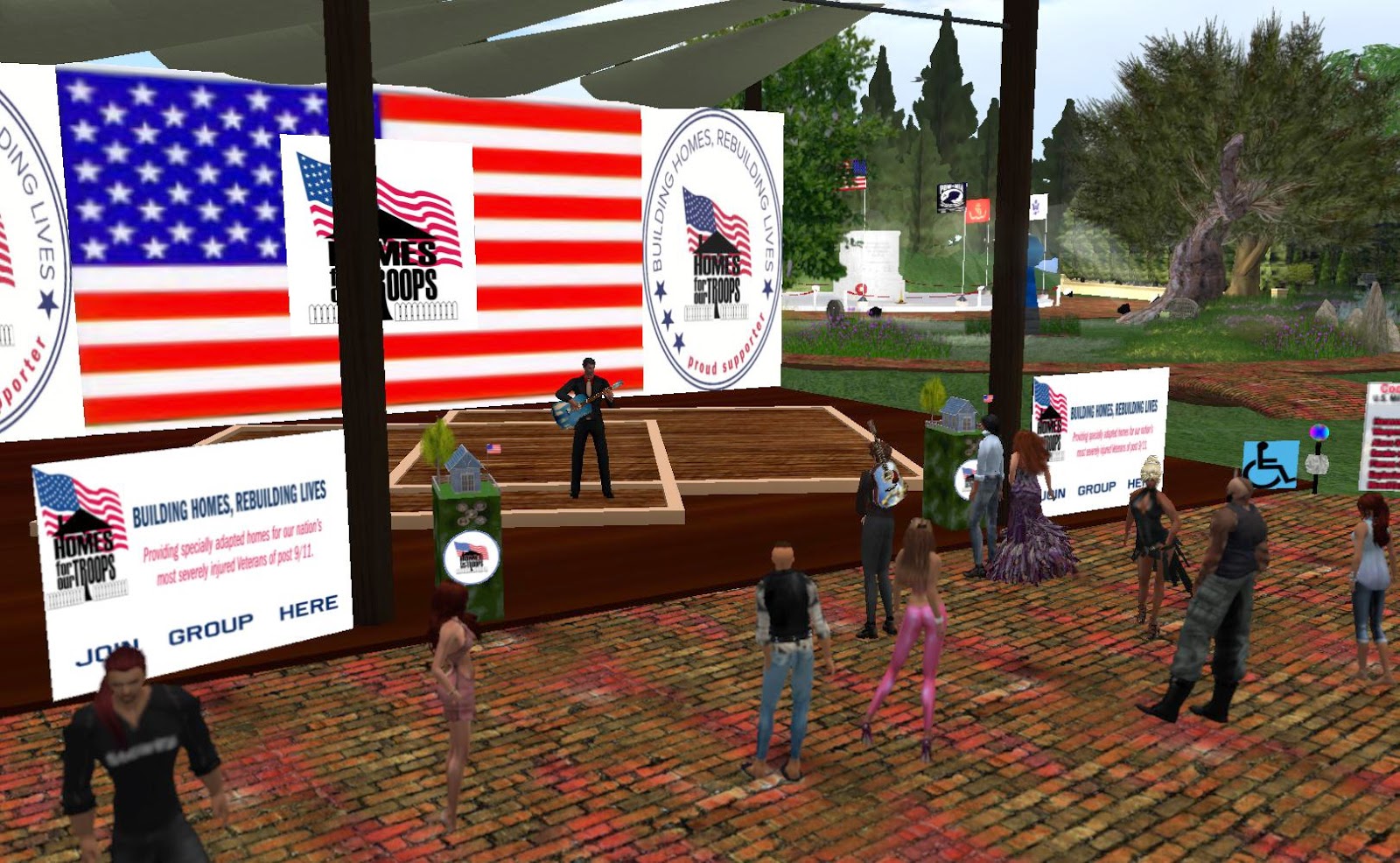 On Sunday April 26, Veterans Isle was the scene of their monthly "Homes For Our Troops" live music bennefit. Starting at 5PM SL time, musicians began playing on stage for the audience there.

April 26 is the fourth benefit for Homes For Our Troops in Second Life for the year 2015. We continue to "soldier on" to help the severest of our wounded Veterans. And we have a great lineup for your listening pleasure! ... Come join us and help pay it forward for our wounded veterans!


The event began with DennyMac and Kat Rose singing on stage together. Next at 6PM was James Olmos (AcousticEnergy Nitely). Frets Nirvana, whom helped organize the event, took to the stage himself at 7PM. At 8PM, Seth Regan (Mankind Tracer) took on the last part of the concert. While the benefits usually end shortly after 9PM SL time (Midnight EST), this time it went on to about 9:30PM. 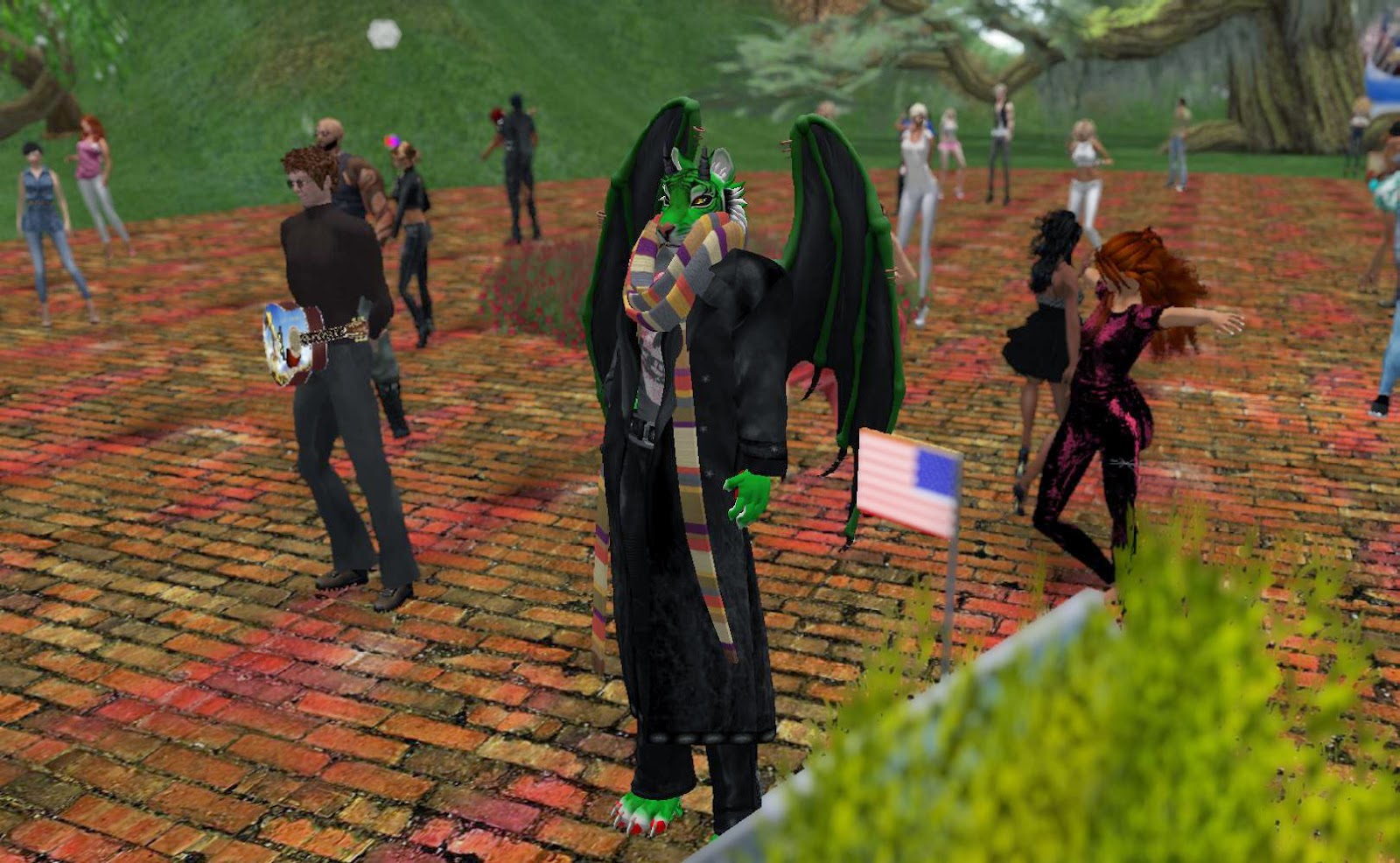 As Seth's guitar fell silent, a total of 62,000 Lindens had been raised. But he and others threw in a few thousand more, for a total of 65,250 Lindens.

ABOUT HOMES FOR OUR TROOPS - HFOT builds homes as a departure point for Veterans to rebuild their lives, and once again become highly productive members of society. Despite their life-altering injuries, many Veterans have embarked on new careers, completed their college degrees, or started families. Empowered by the freedom a mortgage-free and specially adapted home brings, these Veterans can now focus on their recovery and return to their life’s work of serving others. Many have embraced their roles as motivational speakers, sharing their messages of persevering through tragedy with groups and classrooms around the country; others take to a national platform to promote awareness of veteran suicide, homelessness and PTSD. Their incredible stories are the driving force for the work for HFOT.