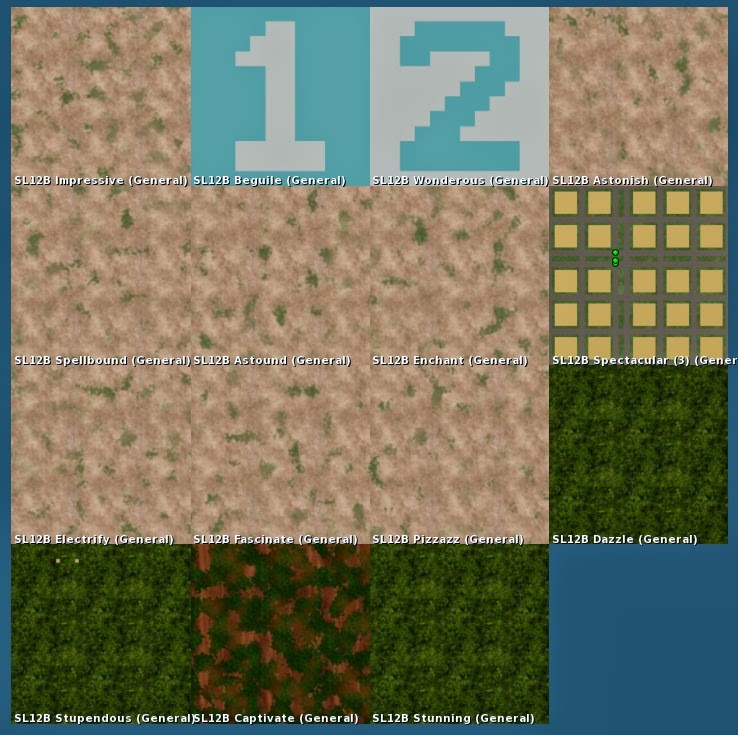 Every June, Second Life celebrates it's birthday. And the sims of the celebration grounds have appeared on the map. Fifteen in number, the names of the sims are SLB12 Impressive, Beguile, Wonderous, Astonish, Spellbound, Astound, Enchant, Spectacular, Electrify, Fascinate, Pizzazz, Dazzle, Stupendous, Captivate, and Stunning.

As of now, there have been no announcements about any planning details, such as dates and a theme, or who has sponsored the sims.

Hat Tip: Daniel Voyager
Posted by Bixyl Shuftan at 6:35 AM