April Fools Jokes by Linden Lab, And Others 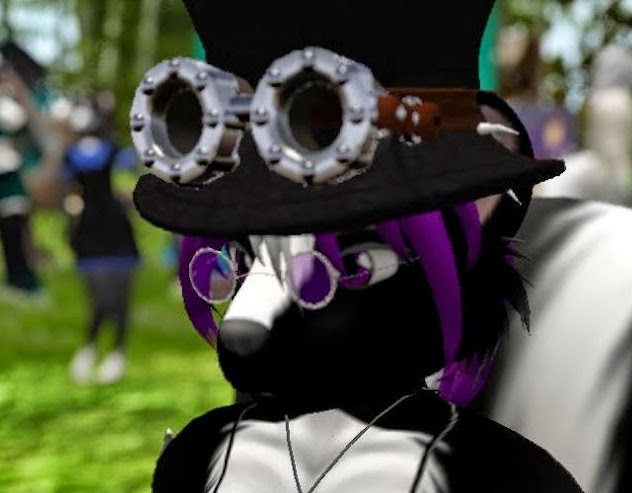 The April Fool's article Second Life Newser did on Wednesday, about Luskwood's founder supposedly getting a job as a TV news anchorwoman, got some chatter on Facebook and in Second Life group chat (though none in the comment section of the article). Michi herself (who was in on the joke) reportedly was asked about it all day, so as usual we fooled a number of people who didn't bother clicking the link at the bottom.

But the Newser wasn't alone in pulling April Fools jokes. Linden Lab itself got into the act by saying there was a new retro 2-D viewer: "Introducing 2DSS." 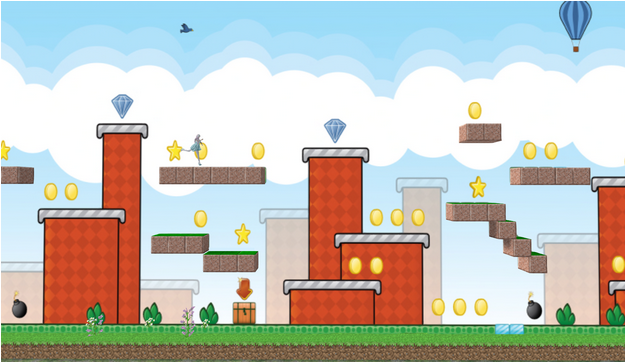 There’s been a lot of excitement recently around our integration of the Oculus Rift with Second Life. The addition of HMD (head-mounted display) mode offers a new level of immersion for 3D experiences, but what about people who want less immersion? Today, we’re happy to announce a new way to explore the wide variety of community-created experiences in Second Life, without the complexity of the third dimension: 2D side-scrolling (2DSS) mode. Without the third dimension, you can enjoy Second Life just like your favorite 8-bit games from the past!

Note: while this new mode is compatible with HMD mode, we do not recommend trying both simultaneously. If you were to  turn your head 90 degrees while doing so, the world may simply disappear from view - causing a rather jarring experience that might make you feel a bit foolish. The new 2DSS mode is available as of April 1, 2015, and you can now download the Project Viewer to start enjoying some retro-future fun in Second Life!

And of course the link led to an "April Fool." 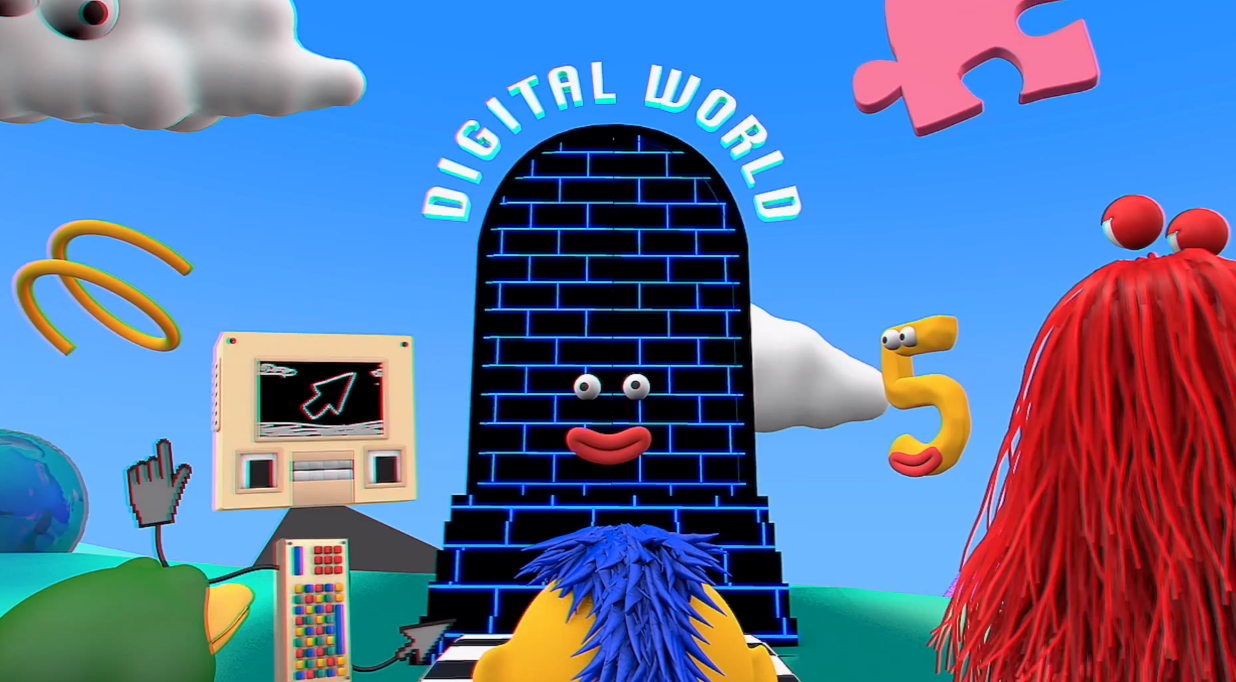 Among Second Life blogs, Jo Yardley told her readers, "A Linden Lab employee who wants to remain anonymous today send me this video that is top secret and shows what Second Life Next Generation will look like, it also seems to suggest it will be called ‘Digital World’. The video is apparently some sort of introduction video. I for one am very excited and think it looks stunning although I am a bit worried about the Sesamestreet-ish style." The link at the bottom led to the Wikipedia entry of April Fools Day.

Of other Second Life newsletters, the Enquirer didn't do an April Fool of their own, but did an article about pranks people had played on one another. New World Notes commented that with incidents such as people getting the help of a drag queen in trying to keep Facebook accounts in their avatar names, there was no need for "smartass April Fools posts." 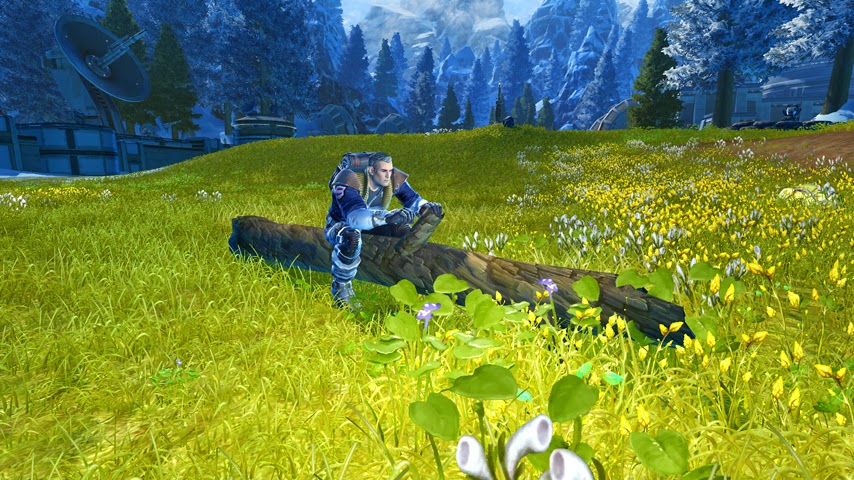 Outside Second Life, various games had their own April Fools pranks and stunts. Blizzard announced a "Patch 6.1.4" that supposedly offered options such as a "T.I.N.D.R. Box" for matchmaking Garrison followers for romance, and changes in the rules such as "All Worgen characters must wear a collar and carry around little blue baggies." "Star Wars: The Old Republic" announced they were offering "stationary mounts" for characters, such as tree logs, "why go anywhere when you can go nowhere?" Star Trek Online announced they were starting the game over, "After over 5 years and countless updates, Holodeck is going to be retired. The old girl has had a good run, but she’s tired, and it’s time to begin again."

"World of Tanks" announced that those destroying ten enemy tanks on April 1st would get a special suitcase that allowed them reguardless of tank to go into artillery mode and send a rainbow beam that would beam down to smite their enemies.They also announced that inspired by the jokes about TOG II tanks being run aground boats, they were doing a new "Waterworld of Tanks" game. They also had an actual minigame: "Operation Undead."

"War Thunder's April Fool joke was actually a one day stunt with two temporary scenarios. One was "Unrealistic Battles," in which players fought in rubber tanks and pelted one another with potatoes and carrots. If a tank was clobbered, the X-Ray revealed men on bicycles. Then there was the "March to Victory" which allowed the players to enter a battlefield as a walking tank, the "ST-1." They went as far as to claim it was an actual experimental tank, "The first world war, which was also called “the trench war”, showed an inefficiency in the usual infantry breakthrough and required the creation of an absolutely new type of ground vehicle - something that could cross destroyed roads and ground torn apart from explosions. This is what the ST-1 was about - the first and the only model of a walking tank."

Playing "War Thunder" that day, the balloon tanks were a chuckle to fight in, with their rubbery cannons flopping around as they scooted. As for "March to Victory" the ST-1s were one of several vehicles one could take to the battle, though you had to choose one of two smaller tanks first and had to earn enough points to bring the walker onto the field once you were clobbered. But taking the 1940s equivalent of an Imperial Scoutwalker, I soon found why gamers prefer low profile tanks like the Hetzer. Those tall things were a bigger target and quicker to take down. Too bad, those things looked cool, but coolness doesn't always win on the battlefield, especially once the surprise wears off.

For more April Foolery, check the article on PC Gamer.

It was a fun April Fools.