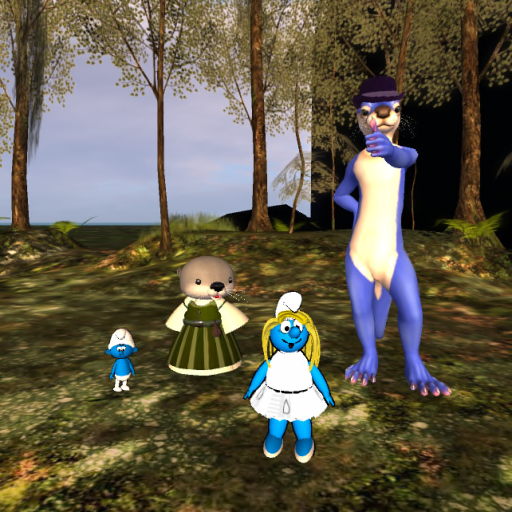 Team Strange Journeys got some recent attention when a few of the members offered to don different avatars from what they usually wear if their team raised certain amounts. Three usually appeared as normal human, one a child, the fourth usually a tiny otter. As the team's Waffle Carnival came to a close, they offered this announcement:

At 200k, Sid and Cuddly promised to go otter.
At 300k, Fairie and Rowena promised to go smurf.
Thanks to you guys, we reached the goal!!!!!
Here is the picture!

And so, the team continues it's "strange" fun.